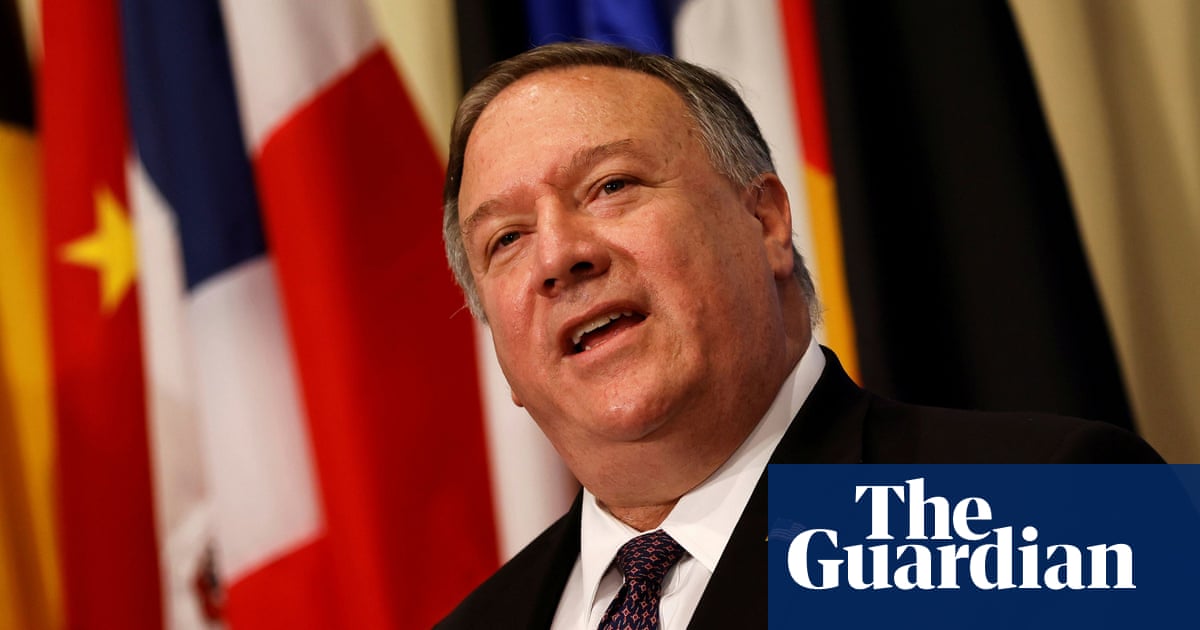 The US will break with almost every other UN security council member state including its closest allies on Saturday night by declaring UN sanctions back in effect on Iran.

Administration officials say they will launch a raft of new punitive measures on Monday, which some observers believe may be aimed at seeking to provoke a confrontation with Tehran in the run up to the US election.

The Trump administration has said it will consider UN sanctions, mostly involving the arms trade, as having resumed at midnight GMT on Saturday night, and has threatened to take new measures to enforce them.

The sanctions were suspended in 2015 following a multilateral nuclear deal with Iran in July that year. The US walked out of the deal in 2018, but this summer claimed to be still a participant for the purposes for reimposing sanctions. Thirteen out fifteen members of the UN security council disagreed and rejected the US position, saying it was no longer a participant in the 2015 agreement and had no standing to trigger a sanctions “snapback”.

The overwhelming majority of UN member states see the Saturday night deadline as being meaningless, and intend to ignore it.

Donald Trump is expected to shrug off US isolation when he addresses the UN general assembly by video on Tuesday.

“We will return to the United Nations to reimpose sanctions so that the arms embargo will become permanent next week,” secretary of state, Mike Pompeo, said this week. “We believe deeply that this is good for the peoples of all nations.”

Elliott Abrams, the US special envoy on Venezuela and Iran, said there would be a major announcement on Monday about the scale of US actions.

“The arms embargo will now be re-imposed indefinitely and other restrictions will return, including the ban on Iran engaging in enrichment and reprocessing-related activities, the prohibition on ballistic missile testing and development, and sanctions on the transfer of nuclear and missile-related technologies to Iran,” Abrams said.

Analysts said they expected the US to unveil sanction threats against companies or countries trading arms with Iran. Russia and China, in particular, are expected to defy that threat, but may defer major new weapons sales until under the US election.

“I think what we’re going to see is an instance of where US sanctions policy is reaching its exhaustion because the whole premise of the snapback was to try isolate Iran on the political stage … which it hasn’t done so far,” said Ellie Geranmayeh, senior policy fellow at the European Council on Foreign Relations.

New sanctions on arms trading are likely to have little real impact on Iran. However, some experts suggest the US could try to go further, and seek to stop and search ships in international waters ostensibly in search for weapons being shipped to or from Iran.

Trita Parsi, co-founder of the Quincy Institute for Responsible Statecraft in Washington and author of three books on US-Iranian relations, said this more aggressive approach is being driven by hawks in the administration who want to provoke Iran into reacting in a way that will make it impossible to salvage the 2015 nuclear deal, even if Trump loses the November election.

“For that specific faction that I think is playing Trump, this may be the last couple of weeks that they can do anything,” Parsi said “So now is not the time to save your last bullet, now’s the time to just throw everything you have.”