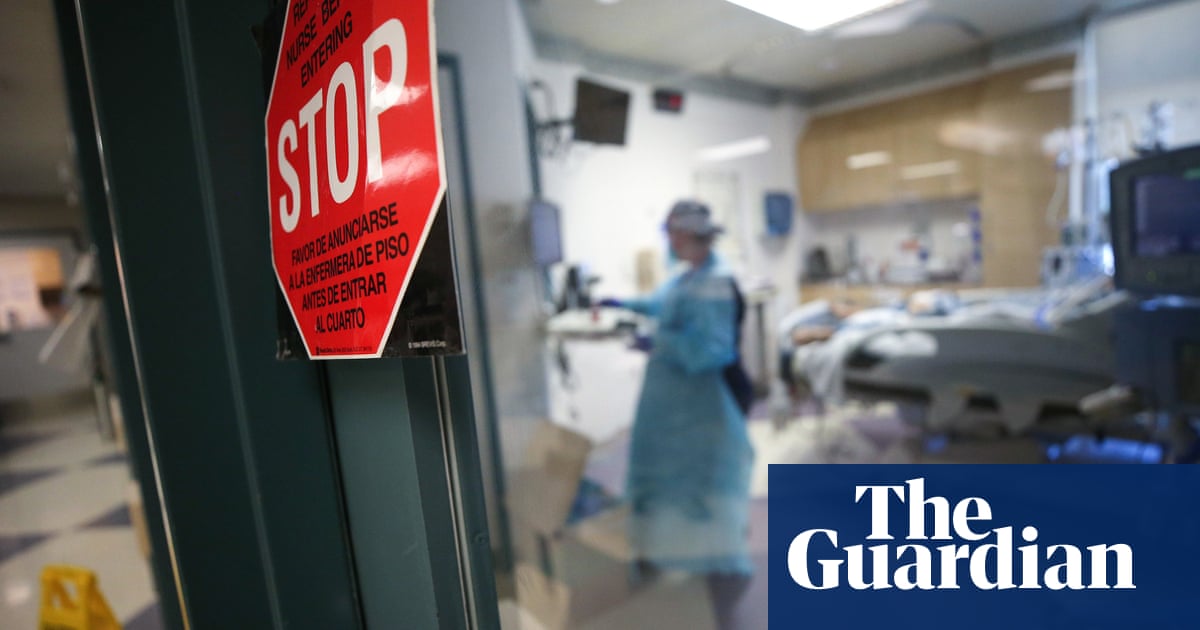 The US has reached another tragic landmark in deaths from Covid-19, with more than 200,000 people now believed to have died because of the virus, according to data from Johns Hopkins University.

Deaths have reached at least 200,005, according to the count by the university’s coronavirus resource center.

The US has the most Covid-19 deaths in the world, ahead of other nations with high death tolls including Brazil, India and Mexico.

A recent update of an analysis by the Brookings Insitution of the response to Covid-19 of OECD countries said that virus caseloads and deaths in the US at first declined and then surged again, starting in June. It concluded: “Employment and health outcomes for the US during the pandemic have been worse than in almost any other high-income country in the world.

“New virus cases in September in the US are 60% higher than in the average OECD country, and new deaths are five times higher.”

California has the most cases of any US state, followed by Texas and Florida. In recent weeks there has been concern around the growth of cases in the midwest, including Iowa.

Experts have said the next few months will be vital in determining how the US will cope with the pandemic through the winter.

They say much is reliant on improving rapid testing, contact tracing, isolation and the use of quarantine to manage cases, instead of relying on people working from home and keeping children out of school. Caitlin Rivers, an epidemiologist at Johns Hopkins Center for Health Security, told the Guardian earlier this month: “What I fear is we will just see continuous hotspots coming and going around the country until we get a vaccine,” Rivers said. “That’s what we don’t want.”

Such a scenario could lead to a repeat of the most deadly periods of the pandemic in the US earlier this year, she said.

The milestone was passed after it was revealed earlier this month, according to a book by Bob Woodward, that Donald Trump knew by at least 7 February that the coronavirus was “deadly” but wanted to “play it down”, arguing he did not want people to panic.

Trump’s response to the pandemic has been widely criticized, and will be a leading issue come the presidential election in less than 50 days’ time, which is expected to involve unprecedented levels of postal voting as voters avoid polling stations amid the pandemic. Joe Biden, the Democrats’ presidential candidate, has accused Trump of “almost criminal” failures.

Trump this month held a campaign rally at an indoor venue in Nevada, despite public health professionals’ warnings against large indoor gatherings. People in the crowd were seated close together and many did not wear masks.

The president, who did not wear a mask in public until 11 July, is hoping that an expectation that a vaccine is imminent will help him win the election by increasing confidence in reopening the economy further. “We’re gonna have a vaccine very soon,” Trump told reporters earlier this month, and has predicted one could be ready by mid October.

Robert Redfield, the director of the Centers for Disease Control and Prevention (CDC), told a Senate panel it could take a year before a coronavirus vaccine will be “generally available to the American public”.

Trump has claimed Redfield was “confused” about the timeline. Redfield also told Congress he believed face masks were “the most important, powerful public health tool we have” to combat the virus, including a potential vaccine.

There are more than 170 vaccines in development, according to the World Health Organization (WHO), and about six in stage three trials. Democrats have expressed concern that a vaccine could be released before it ready, because of political pressure.

The virus has hit the US economy hard. At the start of September, Covid-19 had slowed the country’s recovery. Employers added 1.4m new jobs and the unemployment rate dropped to 8.4% last month. The number of new jobs was markedly lower than in recent months.