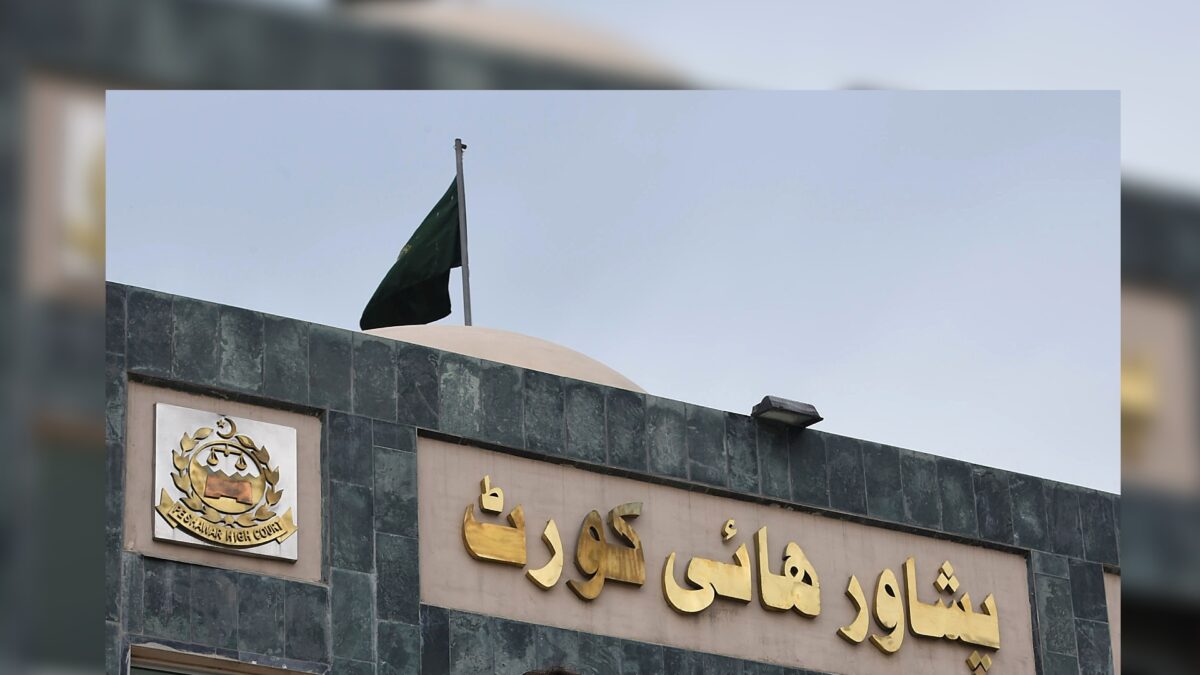 A United States citizen on trial for blasphemy in Pakistan has been shot dead while appearing in court, in the latest act of violence connected to the controversial legislation.

Tahir Ahmed Naseem, 47, died on Wednesday in the northwestern city of Peshawar, after a member of the public walked into the courtroom and opened fire in front of the judge, according to officials. His attacker was arrested at the scene.

Naseem was on trial on charges of blasphemy after allegedly claiming to be a prophet, a crime punishable by death, or life imprisonment under the Pakistan penal code.

In a statement, the U.S. State Department said officials were “shocked, saddened, and outraged” by Naseem’s death. The statement said that Naseem had been “lured to Pakistan from his home in Illinois by individuals who then used Pakistan’s blasphemy laws to entrap him.” It didn’t offer any further detail. Naseem had been receiving consular assistance since his arrest in 2018.

“We extend our condolences to the family of Tahir Naseem, the American citizen who was killed today inside a courtroom in Pakistan,” the State Department’s Bureau of South and Central Asian Affairs said in a separate statement posted online Thursday. “We urge Pakistan to take immediate action and pursue reforms that will prevent such a shameful tragedy from happening again.”

According to a spokesperson for Peshawar police, the alleged killer told Naseem that he was an “enemy of religion” and deserved to be killed before opening fire.

Police are investigating how the suspect was able to enter the courtroom with a loaded weapon. Security guards are typically stationed outside court buildings and police officers guard individual courtrooms.

Guns are difficult to obtain in Pakistan—civilians cannot purchase a weapon or carry one without a valid license. Members of the public are also typically not allowed into local courtrooms, such as the one where Naseem was shot.

The case has once again highlighted the tensions over the country’s strict blasphemy laws, which have been linked to a number of violent acts, including at least one deadly shooting in recent years.

International human rights groups have widely condemned the law, which critics allege is used disproportionately against minority religious groups and to go after journalists critical of the Pakistani religious establishment.

According to a country-specific report by non-profit group Human Rights Watch last year, at least 17 people remain on death row over blasphemy allegations. Most are members of religious minorities.

However, violence against those who criticize the blasphemy law has had a “chilling effect” on efforts to reform the legislation, HRW said.

There are also fears that hardline Islamist groups may end up hailing Naseem’s attacker as a hero, as they have done in the past to killers of those connected with blasphemy charges.

In 2010, Christian mother-of-five Asia Bibi was convicted of blasphemy and sentenced to death. The following year, the governor of Punjab province, Salman Taseer, was shot dead by his own bodyguard for voicing support for Bibi and for condemning the country’s stringent blasphemy laws.

His killer, Mumtaz Qadri, immediately surrendered to police and was later executed. But to many hardline Islamists, Qadri was a martyr, and his grave became a shrine for those supporting Asia Bibi’s death sentence.

After the Supreme Court acquitted Bibi in 2018, Maulana Sami ul Haq, a Pakistani political and religious leader known as the “father of the Taliban,” was assassinated for calling for the reversal of its decision.

At the time, Rabia Mehmood, a former Amnesty International researcher, said Bibi’s case became so divisive because the Pakistani government had failed to take measures to curb “the campaign of hate and violence incited by certain groups in the country.”