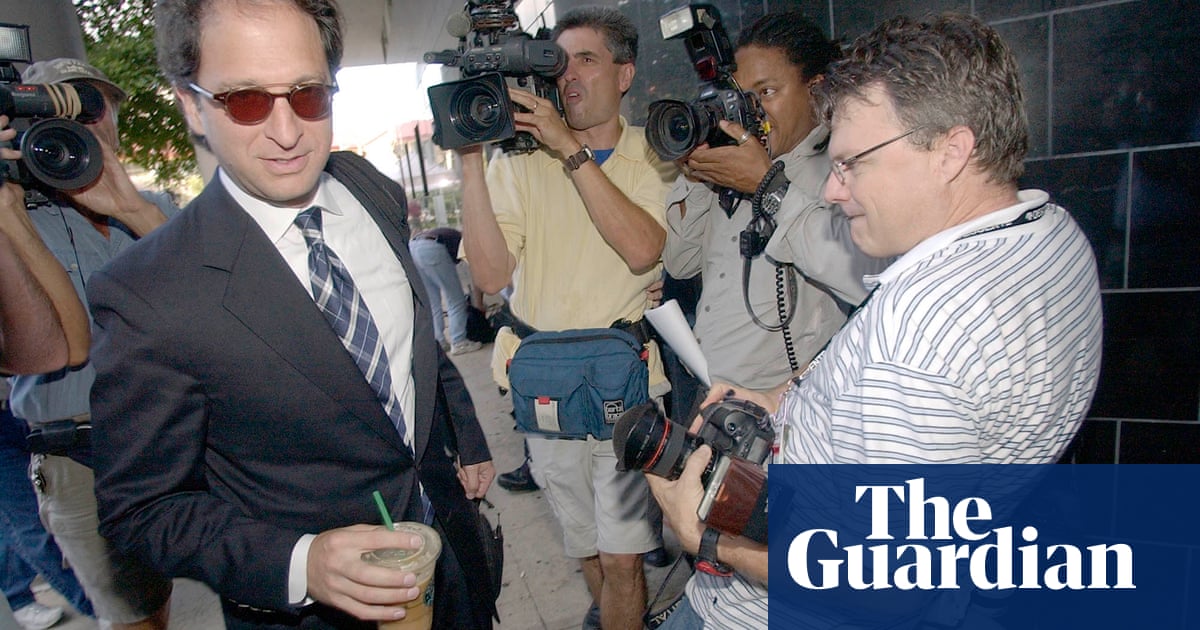 Donald Trump’s original draft statement justifying his firing of the former FBI director James Comey was “tinfoil helmet material”, according to a top prosecutor who worked for the special counsel Robert Mueller, and who in a new book calls the draft “excruciatingly juvenile, disorganized and brimming with spite, incoherent and narcissistic”.

“You could almost feel the spittle coming off the paper,” Andrew Weissmann writes in Where Law Ends, his memoir to be published on Tuesday. The Guardian obtained a copy.

Comey was fired on 9 May 2017, leading to the appointment eight days later of Mueller, a former FBI director, as special counsel investigating Russian election interference and links between Trump and Moscow.

Mueller’s report was published in April 2019. Though he did not establish a criminal conspiracy, he did lay out extensive contacts between Trump and Russia and 11 instances of potential obstruction of justice by the president or his campaign.

Weissmann is not the first member of the team to publish a book, but unlike the former FBI agent Peter Strzok, who was fired by Mueller and the bureau, the prosecutor turned New York University professor saw the investigation through.

Weissmann expresses admiration for Mueller but also frustration with a special counsel he says was too afraid of being fired, and therefore reluctant to go after financial records or subpoena members of the president’s family.

He laments Mueller’s conclusion that – though he did not exonerate Trump – it was up to Congress to pursue the matter.

He labels as “pernicious” William Barr’s handling of the report, which the attorney general summarised before it was public, handing Trump a head start.

Weissmann also defends himself against Trump’s characterization of him and other Mueller investigators as “angry Democrats”. But his distaste for the president is clear.

The existence of Trump’s draft statement firing Comey has long been known. Mueller’s report details its genesis: at Bedminster, New Jersey, on 5 May 2017, Trump “stated that he wanted to remove Comey and had ideas for a letter that would be used to make the announcement”.

The letter eventually sent to Comey to fire him was four paragraphs long – not four pages, like Trump’s draft. The administration justified the firing with a memo written by the then deputy attorney general, Rod Rosenstein, which said the FBI director’s handling of the Clinton investigation was the cause of his termination. That explanation unravelled soon afterwards, when Trump told NBC he acted in part because of “this Russia thing”.

Weissmann writes that the draft memo “devolved into a stream of consciousness tirade against Comey, his investigation into Russian interference in the election, his handling of the Clinton investigation, his mishandling of the FBI and other grievances, both real and imagined”.

Weissmann says he and other investigators “knew we were looking at perhaps the rawest, most authentic record of the president’s thought process – a distillation of his state of mind as he set Comey’s firing in motion. There were legitimate reasons to dismiss Comey, but this letter was merely a rambling collection of slights and invective … [a] diatribe [that] did not rise to the seriousness this occasion warranted.”

“There was simply no other credible conclusion one could reach,” he writes, “particularly given the president’s shifting, after-the-fact stories as to why he acted.”

Trump’s “post-hoc fabrications”, Weissmann continues, “could be used to show Trump’s criminal mental state – that is, he knew what he was doing was wrong, which the law would require the government to prove.”

In his own book, A Higher Loyalty – which has now been made into The Comey Rule, a two-part Showtime drama – Comey compares Trump’s behavior to that of mobsters including Sammy “the Bull” Gravano.

Weissmann says Comey’s firing reminded him of the case of John “the Teflon Don” Gotti, in 1992. The lead prosecutor, he writes, explained to him then that “the outcome of this case would not hinge on the proof – the proof was overwhelming.

“The verdict hinged, instead, on the degree to which the proceedings would be interrupted or undone by interference – whether witnesses would be coerced out of testifying, the jury would be tampered with, or the jury would simply be too intimidated to render the proper decision.”

Weissmann contends that at the end of a near-two-year investigation, Mueller himself was too intimidated to render the proper decision.