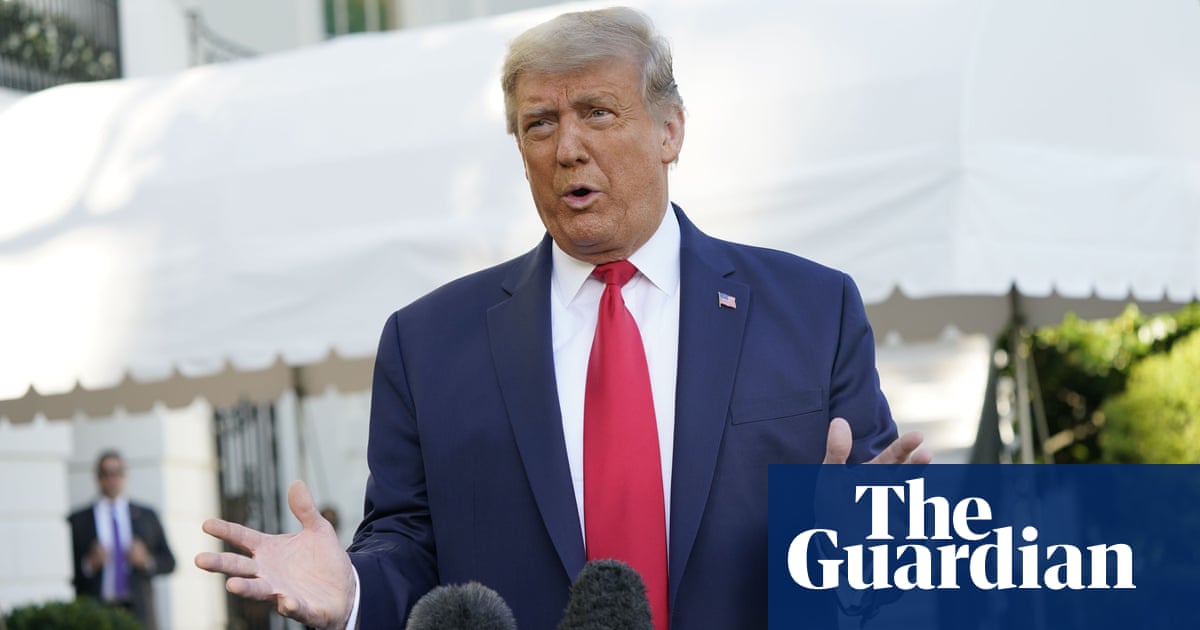 The move is likely to anger many who will see it as disrespectful to the millions of Americans mourning Ginsburg’s death, as well as a tasteless attack on the legacy of the pioneering woman justice.

Ginsburg died on Friday, from pancreatic cancer at the age of 87. NPR reported that she had dictated a statement to her granddaughter.

“My most fervent wish is that I will not be replaced until a new president is installed,” it said.

Trump and the Republican Senate majority leader, Mitch McConnell, have vowed to press on with a nomination to replace Ginsburg before the election on 3 November or the inauguration on 20 January, even should Trump lose the presidency to Joe Biden and the Democrats retake the Senate.

On Monday morning, Trump told Fox & Friends he would announce his nominee, a woman, on Friday or Saturday, after services in memory of Ginsburg.

He also called Ginsburg a “legend” who “represented something different than you or I”, and said of her statement: “I don’t know that she said that, or was that written out by Adam Schiff or Pelosi?

Schiff, the chair of the House intelligence committee, and Pelosi, the House speaker, played prominent roles in Trump’s impeachment. Schumer, the Senate minority leader, will lead efforts to defeat Trump’s nomination. He has promised that in terms of tactics, “nothing is off the table”.

Schiff responded with a tweet, writing: “Mr President, this is low. Even for you. No, I didn’t write Ruth Bader Ginsburg’s dying wish to a nation she served so well, and spent her whole life making a more perfect union.

“But I am going to fight like hell to make it come true. No confirmation before inauguration.”