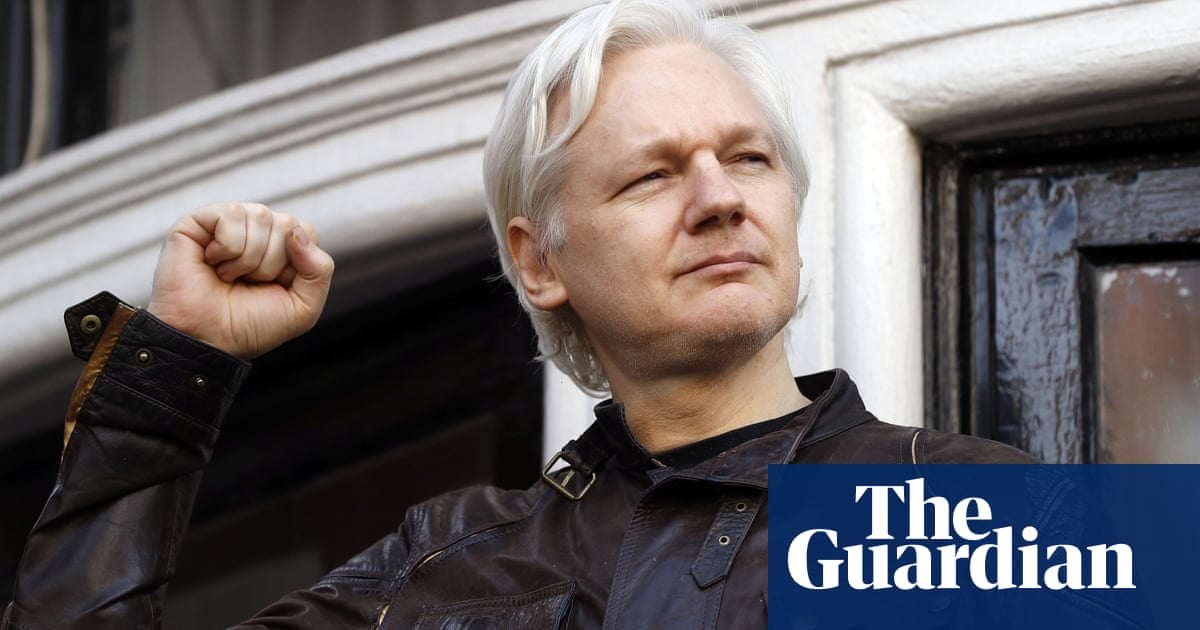 Two political figures claiming to represent Donald Trump offered Julian Assange a “win-win” deal to avoid extradition to the US and indictment, a London court has heard.

Under the proposed deal, outlined by Assange’s barrister Jennifer Robinson, the WikiLeaks founder would be offered a pardon if he disclosed who leaked Democratic party emails to his site, in order to help clear up allegations they had been supplied by Russian hackers to help Trump’s election in 2016.

According to a statement from Robinson read out to the court, the offer was made by the then Republican congressman Dana Rohrabacher and Trump associate Charles Johnson at a meeting on 15 August 2017 at the Ecuadorian embassy in London where Assange was then sheltering. At the time he was under secret investigation by a US grand jury.

Robinson added: “The proposal put forward by Congressman Rohrabacher was that Mr Assange identify the source for the 2016 election publications in return for some kind of pardon, assurance or agreement which would both benefit President Trump politically and prevent US indictment and extradition.”

Rohrabacher said he had come to London to talk to Assange about “what might be necessary to get him out”, Robinson said, and presented him with a “win-win situation” that would allow him to leave the embassy and “get on with his life” without fear of extradition to the US.

The barrister added that Assange did not name the source of the emails.

While Assange’s legal team first made the claim in February detailing a deal for a pardon in exchange for denying the source of the emails was Russia, Robinson’s statement – admitted as evidence by the court – provides substantial details of the meeting.

After the initial claims, a White House spokesman said: “The president barely knows Dana Rohrabacher other than he’s an ex-congressman. He’s never spoken to him on this subject or almost any subject. It is a complete fabrication and a total lie. This is probably another never-ending hoax and total lie from the DNC [Democratic National Committee].”

During the 2016 presidential campaign, WikiLeaks published a series of DNC emails damaging to the Democratic candidate, Hillary Clinton, that US intelligence believes were hacked by Russia as part of its effort to influence the election.

Assange is fighting extradition to the US over the leaking of hundreds of thousands of classified documents in 2010 and 2011. He is facing 18 charges there, including plotting to hack computers and conspiring to obtain and disclose national defence information.

The alleged approach of the two men, just four months after the appointment of special counsel Robert Mueller to investigate the allegations of Russian interference, came at a time when Trump was coming under increasing scrutiny over what members of his campaign knew about the leaked emails. Russia denied meddling and Trump has denied any campaign collusion with Moscow. Mueller did not establish that campaign members conspired with Russia.

Robinson’s description of the offer suggests Trump was prepared to consider a pardon for Assange in exchange for information almost a year before a federal grand jury issued a sealed indictment against the WikiLeaks founder.

If it is confirmed that the approach did indeed have the approval of Trump, it would mark the latest in a number of interventions by the US president in relation to the investigation into Russian election interference.

In her statement, Robinson said Rohrabacher and Johnson “wanted us to believe they were acting on behalf of the president”.

“They stated that President Trump was aware of and had approved of them coming to meet with Mr Assange to discuss a proposal – and that they would have an audience with the president to discuss the matter on their return to Washington DC,” she said.

“Congressman Rohrabacher explained he wanted to resolve the ongoing speculation about Russian involvement in the Democratic National Committee leaks to WikiLeaks, which were published by WikiLeaks and other media organisations in 2016.

“He stated that he regarded the ongoing speculation as damaging to US-Russian relations, that it was reviving cold war politics, and that it would be in the best interests of the US if the matter could be resolved.

“He and Mr Johnson also explained that any information from Mr Assange about the source of the DNC leaks would be of interest, value and assistance to Mr Trump.

“The meeting was concluded on the basis that Congressman Rohrabacher would return to have a direct conversation with President Trump about exactly what would be done to prevent Mr Assange’s indictment and extradition.”

Appearing to confirm that the approach had been made, James Lewis QC, for the US government, said: “The position of the government is we don’t contest these things were said,” adding: We obviously do not accept the truth of what was said by others.”

In his own statement in February, Rohrabacher admitted meeting Assange but denied speaking to Trump about the issue.

“At no time did I offer Julian Assange anything from the president because I had not spoken with the president about this issue at all. However, when speaking with Julian Assange, I told him that if he could provide me information and evidence about who actually gave him the DNC emails, I would then call on President Trump to pardon him,” he said.