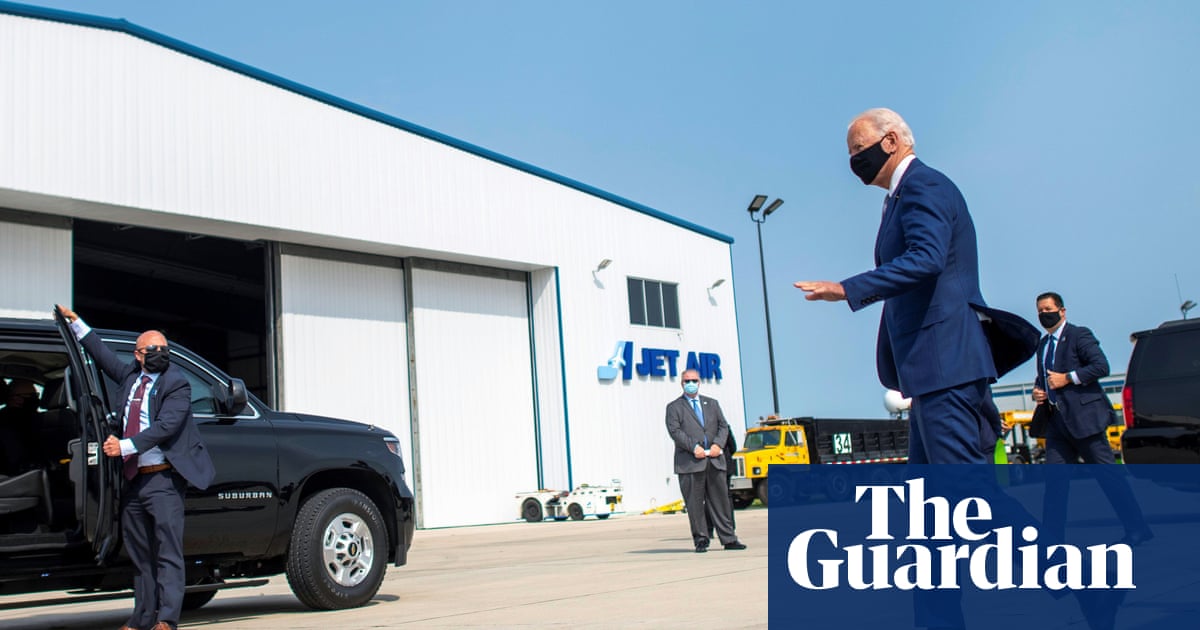 Joe Biden’s transition team is operating under multiple threats, apart from the obvious one that their candidate might be defeated.

In this year’s presidential election, there’s the looming possibility that an outcome won’t be clear for weeks after election day. There’s also the chance that if Biden wins by a close margin Donald Trump will refuse to leave office. And, of course, there’s the coronavirus pandemic.

As a result, the team charged with setting up a beachhead for the former vice-president, and preparing a Biden administration – should he win the White House – is operating very differently from past transition teams.

“We are preparing for this transition amid the backdrop of a global health crisis and struggling economy,” former Delaware senator Ted Kaufman, the co-chair of the Biden transition team, said in a statement to the Guardian. “This is a transition like no other, and the team being assembled will help Joe Biden meet the urgent challenges facing our country on day one.”

The transition team has set a goal of raising between $7m and $10m, according to Politico. That’s a budget eclipsing past transition teams. The Biden transition organization is also reportedly planning to build a staff of as many as 350 people by the time of any inauguration.

The leadership of the transition team suggests the Biden campaign is eager to include differing viewpoints as it builds the runway for a new government to land in the White House. At the same time, the inclusion of champions of often opposing wings of the Democratic party will open up the transition team to criticism from various activists and interest groups.

Looming over the whole process is the uncertainty of the outcome of the election and, in the case of Trump losing, if he will bow out immediately or allow for a fraught period where he refuses to hand over power. There have been past transitions where tensions from the campaign spilled over, including through petty forms of expression like the W missing from the keyboards when George W Bush entered the White House after Bill Clinton.

There are multiple experts and working groups gaming out various election scenarios as a sort of guidepost in case the election result is not clear on election night, or if some other major irregularity happens. Still, veterans aren’t quite sure if Trump, who has said the only way he could lose this election is through cheating, will allow a peaceful transference of power.

“I think everyone is hopeful that the spirits of the previous transitions will be maintained,” Leavitt said.

Much of the Biden transition team’s work has been behind the scenes, and likewise for the Trump transition operation for moving from a first term to a second term. Chris Liddell, a White House deputy chief of staff, is taking point for that effort, according to an operative close to that transition team.

For the Biden campaign, though, if all goes well with the campaign their candidate will be inheriting a country undergoing major unrest over race relations, as well as suffering from a virus with no cure and a sputtering economy.

“If we win the White House in November, a new administration will have considerable work to do to rebuild the federal government,” a fundraising pitch for the transition team sent out by Swati Mylavarapu, a Democratic fundraiser. The email was obtained by the Guardian.

Like other workforces across America, the Biden transition team has also had to work remotely. The General Services Administration office space the team would normally be using as part of routine transition preparations has not been in heavy use.

Beyond all that, the Biden transition team also has to consider intra-party tensions between various wings of the Democratic party.

The transition team is prioritizing “diversity of ideology” and has stacked its leadership and with progressives and more establishment academics and former bureaucrats. That includes advisers of progressive lawmakers such as Gautam Raghavan, Washington congresswoman Pramila Jayapal’s former chief of staff; Felicia Wong, the chief executive and president of the liberal Roosevelt Institute; and Julie Siegel, a former staffer for Massachusetts senator Elizabeth Warren.

The transition team’s advisory board even includes a Republican in former veterans affairs secretary Bob McDonald. There are also more centrist figures spanning the transition team, such as Jeffrey Zients, a former Obama administration adviser and economist with longtime ties to the business and finance community. Avril Haines, a former Obama administration deputy national security adviser who has done work for the data mining company Palantir, is also among the senior staff leadership for the Biden transition team.

Palantir and its founder, Peter Thiel, have been met with criticism by liberals for ties to the Trump administration and work with law enforcement agencies.

Beyond the declared staff, other veterans of presidential committees and past transitions have been involved. Eric Holder, the former attorney general who served on Barack Obama’s vice-presidential selection committee, has offered advice, according to multiple people with ties to the transition team. Mike Leavitt, the former governor of Utah, has also relayed some help through an organization that follows presidential transitions.