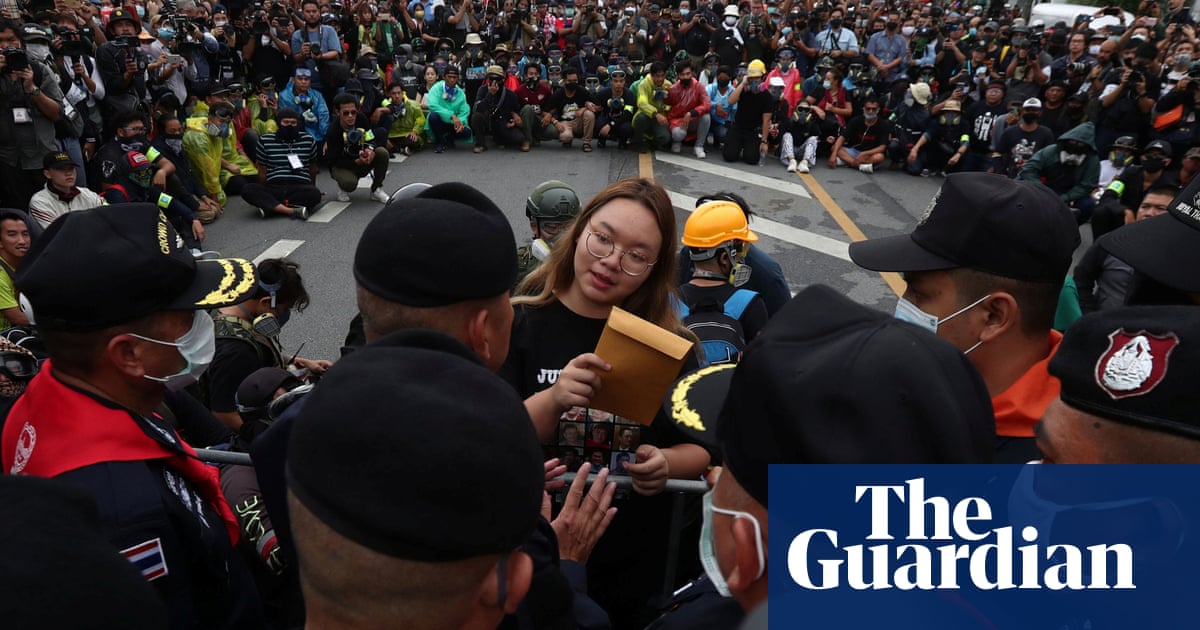 Thousands of protesters in Thailand have handed their demands for reform to royal guard police after a planned march was blocked at security barriers in the capital, Bangkok.

One of the protest leaders, Panusaya Sithijirawattanakul, told reporters on Sunday that the police had said the letter would be sent to police headquarters.

The demonstrators’ demands include the removal of former junta leader Prayuth Chan-ocha as prime minister and a new constitution and elections, as well as reforms that would curb the powers of the monarchy.

They also called for a general strike and for Thai people to withdraw money and burn bank books of SCB Bank, which is linked to the royal family.

After gathering in the city on Saturday in the wake of a mounting grassroots movement for reform, the protesters had planned to present their demands in a letter for King Maha Vajiralongkorn.

Shortly after sunrise on Sunday, protesters cemented a plaque near the Grand Palace in Bangkok in the area known as Sanam Luang, or Royal Field.

It reads: “At this place the people have expressed their will: that this country belongs to the people and is not the property of the monarch as they have deceived us.”

Police did not intervene. Government spokesman Anucha Burapachaisri said police would not use violence against protesters and it was up to the police to determine and prosecute any illegal speech.

“Down with feudalism, long live the people,” protesters chanted.

The plaque resembles one removed without explanation from outside one of the royal palaces in 2017, after Vajiralongkorn took the throne.

That plaque, which had commemorated the end of absolute monarchy in 1932, was replaced by one with a pro-monarchist slogan.

“Our greatest victory in the two days is to show that ordinary people like us can send a letter to royals,” Parit “Penguin” Chiwarak, told the crowd.

The palace was not immediately available for comment. The king is not currently in Thailand.