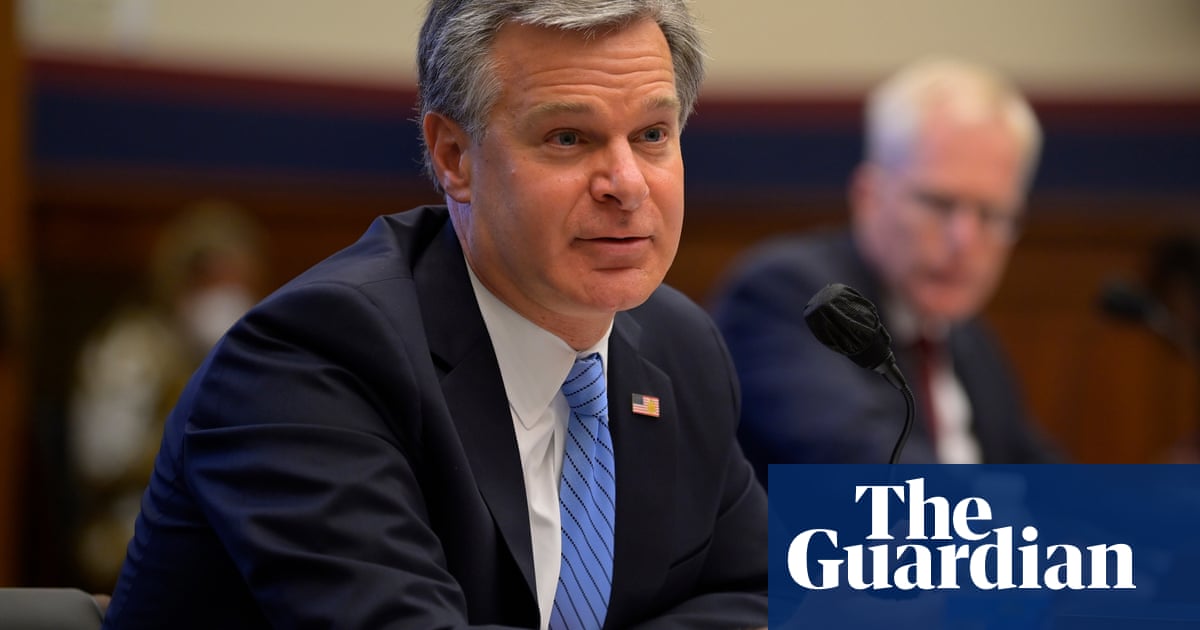 Christopher Wray, the FBI director, on Thursday warned that Russia is interfering in the 2020 US presidential elections with a steady stream of misinformation aimed at undermining Democrat Joe Biden as well as sapping Americans’ confidence in the election process.

Moscow is also attempting to undercut what it sees as an anti-Russian US establishment, Wray told the Democratic-led House of Representatives’ homeland security committee in a hearing on Capitol Hill.

He said his biggest concern was a “steady drumbeat of misinformation” that he said he feared could undermine confidence in the result of the 2020 election.

Wray repeatedly addressed election meddling in his testimony to the House committee, saying the bureau is committed to blocking such interference efforts in this year’s elections.

He specifically said the bureau has witnessed “very active efforts by the Russians to influence our election in 2020”.

Russian agents, Wray said, were mainly trying to affect the election through “malign foreign influence”, such as social media, state media and the use of proxies.

He noted the Russians’ efforts were meant “primarily to denigrate vice-president Biden and what the Russians see as kind of an anti-Russian establishment”.

Wray’s testimony follows a 7 August warning by the director of the National Counterintelligence and Security Center that Russia, China and Iran were all trying to interfere in the 3 November election.

Multiple reviews by US intelligence agencies have concluded that Russia acted to boost Donald Trump’s 2016 campaign and damage his Democratic rival, Hillary Clinton. The Republican president has long bristled at that finding, which Russia officially denies despite special counsel Robert Mueller indicting Russian operatives for meddling in order to help Trump.

Trump himself has repeatedly and without evidence questioned the increased use of mail-in ballots, a long established method of voting in the United States which are expected to see a surge in use this election cycle because of the risks of the coronavirus. On Thursday Trump wrote on Twitter, without evidence, that they could make it impossible to know the election’s true outcome.

After a series of wild tweets about election chaos, Twitter slapped a label on one of the president’s tweets about voting by mail, which the president has falsely claimed is particularly vulnerable to voter fraud.

On China, Wray said that the FBI is so active in monitoring Chinese efforts to acquire US technology and other sensitive information that it is opening a new counterintelligence investigation related to China “every 10 hours”.

Wray said the FBI is conducting multiple investigations into violent domestic extremists. He said the largest “chunk” of investigations were into white supremacist groups.

The director took a question about threats of domestic terrorism, specifically about anti fascist radical activists known collectively as Antifa, which the president has repeatedly denigrated.

Wray emphasized that the FBI did not view threats in terms of liberal or conservative politics. “We’re focused on the violence, not the ideology,” he said.