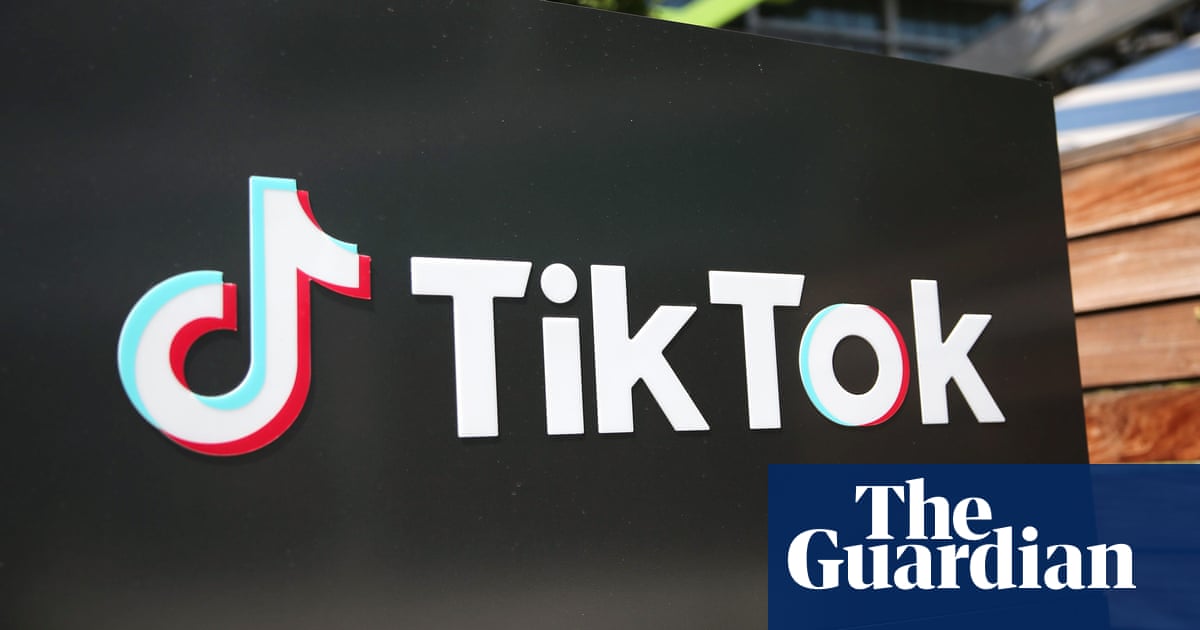 TikTok users in the United States have reacted with a collective shrug to Donald Trump’s decision to ban new downloads of the video-sharing app, but many are already planning an exit to other platforms should the clampdown lead to an outright ban.

“Oh my God! Ok! It’s happening! Everybody stay calm!” TikToker Nick Foster told his 577,000 followers, dubbing a video of himself with audio of actor Steve Carell’s character on the series The Office panicking during a fire alarm.

Although young users on the platform, who make up its primary base, did not appear to have paid much attention to the government’s announcement, older users did react.

Some said that for those who already had the app little would change between Sunday, when the government ban on downloads will go into effect, and 12 November, the cutoff date set by the Trump administration.

The administration has targeted TikTok, owned by Chinese tech giant Bytedance, over national security, escalating a fight with Beijing over the digital technology. The November 12 deadline potentially allows for a tie-up between TikTok and a US company to safeguard data to allay Washington’s security concerns.

“This is posturing,” said Jeff Couret, a consultant with 376,000 TikTok followers. “For Trump it’s a way of showing TikTok that he means business but without hurting them too much.”

However, most of those who have built a following on TikTok were preparing to leave.

For people who make a living from their presence on the social network – such as star Addison Rae, who boasts 60.9 million followers and earned $5m between June 2019 and June 2020, according to Forbes magazine – the financial stakes are high.

For weeks now, many TikTok users have been sharing their Instagram and YouTube accounts on their profiles, preparing their fans for a jump to greener pastures.

Even TikTok’s gold standard, Charli D’Amelio – who, with 87.5 million followers at just 16 years old, is the platform’s most popular creator – has announced a non-exclusive partnership with Triller, a similar platform, where she already has 1.1 million subscribers.

Bryce Hall, Nessa Barrett and Chase Hudson – largely unknown among the over-20-year-olds but with more than 10 million TikTok followers each – have also started Triller accounts.

Trump himself, who never dipped his toe into TikTok’s waters, has made his debut on Triller, where he already has 953,000 followers.

In August, Triller announced it had been downloaded 250m times since it was created, a figure that was disputed by analytics firm Apptopia, which put the number of downloads closer to 52m.

The app is not the only one positioning itself to rise from the ashes of TikTok, which has been downloaded two billion times worldwide and has 100 million users in the US alone.

Also lying in wait are Byte (no relation to TikTok’s parent company ByteDance), which was launched in January, as well as Likee – which Apptopia says was downloaded 7.2m times in the US between February and August – and Dubsmash.

Not to mention Instagram and YouTube, which have extended their tentacles with Reels and YouTube Shorts, respectively, the test versions of which launched opportunely in the past few months.

The winner “will be the one that the loyal TikTok users perceive as being the ‘cool’ place to be”, said James Mourey, a marketing professor at DePaul University.

In the current context, “startups like Byte may have the edge, as we know established brands in teclose their ‘cool factor’ the older they get,” said Mourey, pointing to younger generations’ migration from Facebook to Instagram.

But TikTok was not finished yet, Mourey warned.

A lot can still happen before November 12, “and don’t forget: TikTok is not banned outside of the US, so as long as TikTok continues to be the dominant player globally, it will continue to innovate and maintain a strong customer base,” he said.