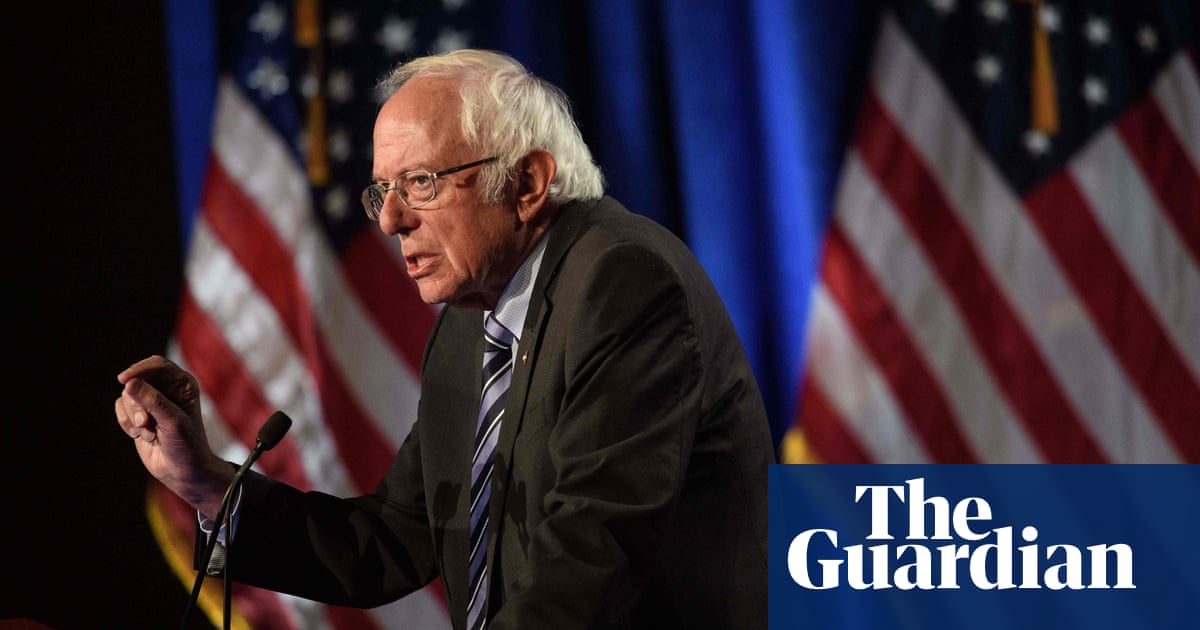 Senator Bernie Sanders has returned to the campaign trail by calling for an independent election commission to stop Donald Trump defying the will of the people and plunging the US into a constitutional crisis.

The independent senator also urged social media companies to “get their act together” and news media to prepare the American people to understand that “there is no longer a single election day”.

Sanders, whose losing campaign against Hillary Clinton in the Democratic primary in 2016 left wounds on both sides, has earned praise this time for rallying his army of progressive supporters around Joe Biden, who defeated him in this year’s nominating contest.

In Washington on Thursday, at his first in-person event since suspending his campaign in the spring, Sanders reiterated that he is “strongly supporting” Biden. But his focus was the unprecedented threat posed by Trump to the oldest continuous democracy in the modern world.

The 79-year-old senator from Vermont echoed former president Barack Obama’s sombre warning at the Democratic national convention that democracy is in jeopardy.

Sanders warned that the 45th president threatens a peaceful transition of power as no other president has done. He noted that Trump said at last month’s Republican convention: “The only way they can take this election away from us is if this is a rigged election.” And at a White House press briefing on Wednesday night, Trump became “the first president in the history of this country to refuse to commit to a peaceful transition of power if he loses the election”.

Sanders cited several studies and experts who have debunked Trump’s obsession with voter fraud, particularly with mail-in voting. He went on: “Trump’s strategy to delegitimise this election and to stay in office if he loses is not complicated. Finding himself behind in many polls, he is attempting massive voter suppression.”

He accused Trump and his Republican colleagues of making it harder for people to vote and “sowing the seeds of chaos, confusion and conspiracy theories by casting doubt on the integrity of this election and, if he loses, justifying why he should remain in office”.

Sanders went on: “Trump has also urged his supporters to become, quote, ‘poll watchers’, but what he is really saying is that he wants his supporters, some of whom are members of armed militias, to intimidate voters. We’re already seeing this in Virginia, where early voters were confronted by Trump supporters, and election officials in Fairfax county said that some voters and polling staff felt intimidated.”

He warned of a scenario in which, on election night, Trump is ahead in many battleground states based on the votes of those who voted in person on election day. As more and more mail-in ballots are counted, Biden moves ahead. But Trump then announces, with no proof, that there has been massive mail-in ballot fraud and that these votes should not be counted.

The senator endorsed a New York Times article last week by Dan Coats, Trump’s former director of national intelligence, calling for a high-level bipartisan and nonpartisan commission to oversee the election to reassure all Americans that it has been carried out fairly.

And he made a plea to the American people to produced the biggest voter turnout in the country’s history. “As someone who is strongly supporting Joe Biden, let’s be clear: a landslide victory for Biden will make it virtually impossible for Trump to deny the results and is our best means for defending democracy.”

With a record mail-in vote expected due to the pandemic, Sanders called for state legislatures to take immediate action to allow mail-in votes to be counted before election day. He added: “Third, the news media needs to prepare the American people to understand there is no longer a single election day and that it is very possible that we may not know the results on November 3.

“Fourth, social media companies must finally get their act together and stop people from using their tools to spread disinformation and to threaten and harass election officials. Fifth, in the Congress and in state legislatures hearings must be held as soon as possible to explain to the public how the election day process and the days that follow will be handled.”

Sanders warned: “As we count every vote, and prevent voter intimidation everything possible must be done to prevent chaos, disinformation, and yes, even violence.”