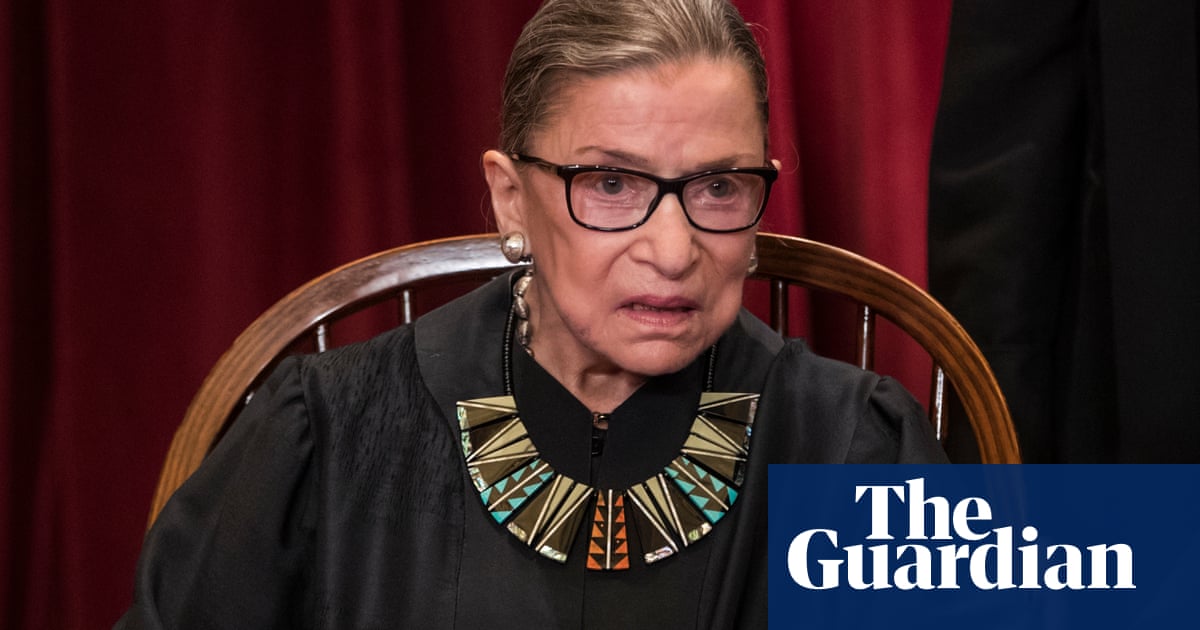 The supreme court justice Ruth Bader Ginsburg has died of metastatic pancreatic cancer, the court says. She was 87.

In mid-July she had been admitted to hospital with a fever and chills but was released after about 24 hours, with the court reporting that she was recovering well.

After her discharge Ginsburg announced that she had been undergoing chemotherapy since May to treat cancerous lesions on her liver. A scan on 7 July had revealed “reduction of the liver lesions and no new disease”, she said.

Ginsburg had survived four cancer treatments going back to 1999. She participated in oral arguments in May from a hospital bed while receiving treatments believed at the time to be for a malignant tumor on her pancreas diagnosed in 2019. Ginsburg had announced in January that she was cancer-free.

She was the second woman appointed to the court in history and became a liberal icon for her sharp questioning of witnesses and intellectually rigorous defenses of civil liberties, reproductive rights, first amendment rights and equal protections under the law.

Ginsburg’s death was received with alarm by liberals and moderates who feared that Republicans would exploit the narrow window before the presidential election to install a third Donald Trump appointee on the supreme court.

Both of Trump’s supreme court appointments to date – Neil Gorsuch and Brett Kavanaugh – replaced justices appointed by fellow Republican presidents. But by replacing Ginsburg, who was appointed in 1993 by Bill Clinton, Trump could decisively skew the ideological balance of the court for a generation.

The Senate majority leader, Mitch McConnell, blocked Barack Obama from filling a court vacancy in March 2016, eight months before the presidential election that year, claiming that the window of time was too narrow and saying the slot had to be held for the next president to fill.

McConnell has indicated that he would race to confirm any Trump court nominee at any time before the 2020 election, however.

Ginsburg had undergone surgery on 21 December 2018 to remove two cancerous nodules from her lung.

Doctors discovered that she had developed lung cancer in the course of a health review following a 7 November fall in which the associate justice fractured three ribs. She returned to work within days of that incident.

Ginsburg had been diagnosed with colon cancer in 1999 and pancreatic cancer in 2009, undergoing surgery both times.

Trump could become the first president to appoint three supreme court justices in his first term since Richard Nixon a half-century ago. In July, Trump nominated Kavanaugh to replace the retiring Anthony Kennedy. In early 2017, Trump nominated Gorsuch to replace Antonin Scalia, who died 11 months before the end of Obama’s presidency. McConnell declined to hold hearings on the nomination by Obama of the appeals court judge Merrick Garland.

In her 25 years on the court, Ginsburg was an essential vote in watershed rulings that combatted gender discrimination and protected abortion rights, equal pay, civil liberties and privacy rights.

Of reproductive rights, Ginsburg told an interviewer in 2009: “The basic thing is that the government has no business making that choice for a woman.”

In her later years Ginsburg gained traction as a cultural figure and feminist icon. A biopic released in 2018 was chosen by the National Board of Review as the best documentary of the year. A blog called Notorious RBG packaged Ginsburg’s feminist appeal in a hip-hop persona, and she had a daily workout that defeated Stephen Colbert.

Ginsburg was born in Brooklyn, New York, and was one of the first women to graduate from Harvard Law School. She served as general counsel for the American Civil Liberties Union and was co-founder of the Women’s Rights Project. “Women’s rights are an essential part of the overall human rights agenda, trained on the equal dignity and ability to live in freedom all people should enjoy,” she said.