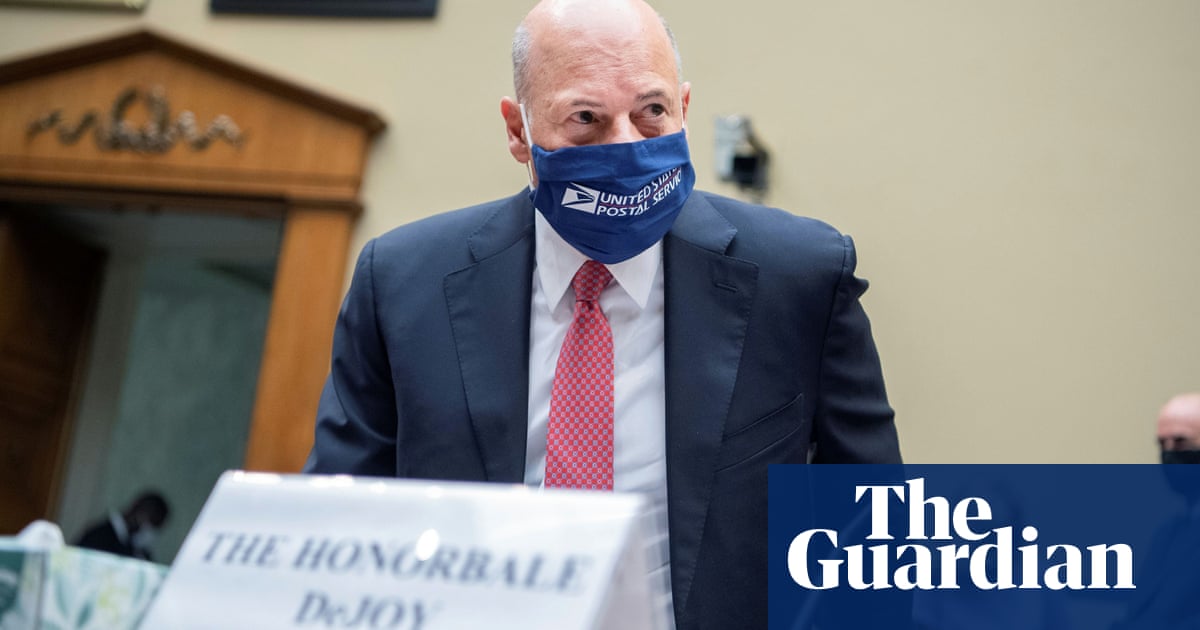 The United States Postal Service (USPS) saw a severe decline in the rate of on-time delivery of first-class mail after Louis DeJoy took over as postmaster general, according to new data obtained by the Guardian that provides some of the most detailed insight yet into widespread mail delays this summer.

Shortly after taking the helm, DeJoy – a major Republican donor with no prior USPS experience – implemented operational changes he said were intended to make the financially beleaguered agency more efficient. Those changes, which included an effort to get postal trucks to run on time, led to severe delays and widespread public outcry this summer.

In late August, DeJoy announced he was putting the changes on hold until after the election, and last week a federal judge in Washington blocked USPS from implementing them. The changes were clearly aimed at “voter disenfranchisement”, given the increased role USPS will play in this year’s presidential election, the US district judge Stanley Bastian wrote in his ruling.

“It is easy to conclude that the recent Postal Services’ changes is an intentional effort on the part the current Administration to disrupt and challenge the legitimacy of upcoming local, state, and federal elections,” Bastian wrote.

Describing the data, Philip Rubio, a history professor at North Carolina A&T university who is also a former postal worker, said: “This is a remarkable graphic illustration that reveals the decline of on-time first-class mail from the very first day after Postmaster General DeJoy’s policies were announced and implemented.”

“Not only do we see the national picture for first-class mail delivery worsening over time after DeJoy’s policies become effective, but we also see locally conditions varying and even emerging for the worse.”

USPS has pledged to facilitate timely delivery of mail-in ballots for the election and work closely with election officials to ensure that happens. But the relationship has been rocky recently; some election officials fumed when the agency sent out a mailing to every household with information about mail-in voting without thoroughly consulting with them. The generalized mailer was misleading for voters in the handful of US states that automatically mail all registered voters a ballot.

Although DeJoy’s changes have been paused until after the election, the new data shows that first class mail continued to be delivered late across the country after his reversal. In the Baltimore postal district, for example, the on-time delivery rate remained at less than 60% at the end of August.

“Unfortunately, even though on-time performance improved after those changes were put on pause, delivery speed is still well below normal and far below the postal service’s own targets,” said Steve Hutkins, a professor at New York University who runs Save The Post Office, a blog that monitors the agency.

“The harms that were done have not yet been undone.”

David Partenheimer, a USPS spokesman, declined to comment specifically on the data, citing ongoing litigation. USPS released a statement on Friday saying that on-time delivery for first class mail continued to improve in September and that on time departures for trucks continued to improve.

“The improvements are a result of the Postmaster General’s commitment to drive operational discipline and improve efficiencies across processing, transportation and delivery,” the agency said in its statement.