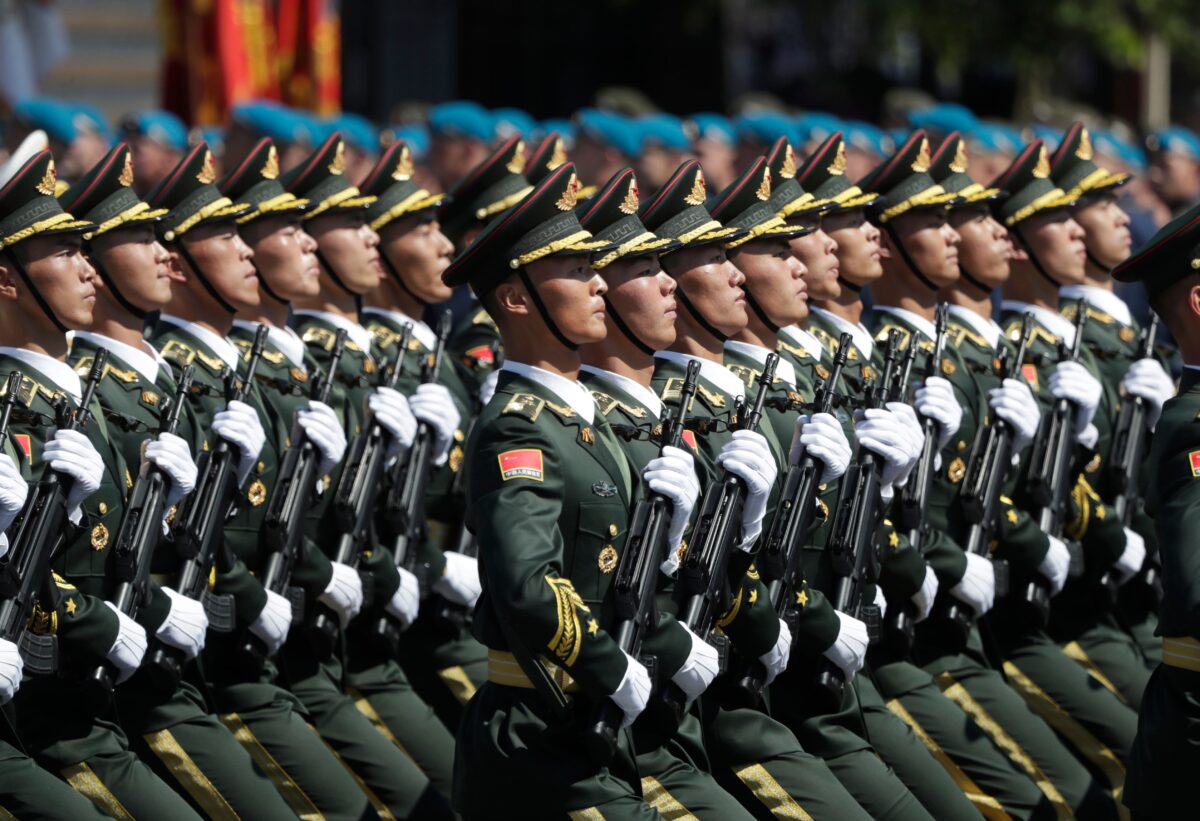 The U.S. academic community has extensively collaborated with Chinese researchers affiliated with the Chinese military, jeopardizing national security, according to a new report.

Analysts at think tank Hoover Institution at Stanford University found 254 papers in which U.S. researchers collaborated with counterparts from seven top universities in China affiliated with the regime’s military, the People’s Liberation Army (PLA). They identified 115 U.S. universities and government-backed research labs that worked with these PLA-linked organizations, collaborating on research topics from new energy technologies to aeronautical engineering.

The report released July 30 found instances where the Chinese researcher allegedly tried to conceal their ties to the defense institutes. Some Chinese coauthors also appeared to have worked in classified weapons programs, it said.

It concluded that such collaborations compromised national security because it allowed the PLA-linked institutions to “harvest U.S. S&T [science and technology] research at its source, and divert it to PRC [People’s Republic of China] defense research and weapons program development.”

“The risks to national security are serious since such diversions could erode or eliminate U.S. military superiority with lethal consequences in the event of an armed conflict,” it said.

Any collaboration with these defense universities boosted the regime’s “civil-military fusion” strategy—a military development plan that seeks to integrate private-sector innovations into the PLA’s industrial base, the report said. It added that research partnerships are contrary to U.S. national interest “even if the relevant research is unclassified, considered basic or fundamental, and is ultimately published in open sources.”

The findings came as the Trump administration ramps up efforts to counter Chinese state-sanctioned theft of American research. Last week, it ordered the closure of the Chinese consulate in Houston, accusing of it being a center for espionage. U.S. officials said consulate staff there were involved in numerous efforts over the years to recruit researchers at local biomedical institutions to join Chinese state-backed talent plans, which incentivized them to transfer U.S. intellectual property and know-how to China.

The justice department has also brought a spate of prosecutions against Chinese and American researchers for allegedly hiding their ties to Chinese talent plans and work for Chinese universities. Recently, at least four Chinese researchers were arrested and charged with visa fraud, with prosecutors alleging they were actually undercover PLA officers. The Federal Bureau of Investigation has interviewed suspected undercover officers in more than 25 cities.

Hoover analysts, however, warned that the regime is likely to try to circumvent the ban by shifting collaboration online or overseas, or by using collectors from entities not caught by the order.

The report reviewed papers published between January 2013-March 2019 retrieved from a Chinese state-backed database. The research builds upon earlier work by Australian think tank Australian Strategic Policy Institute, which in a 2018 report found that more than 2,500 Chinese military scientists and engineers have traveled abroad to study since 2007, often by masking their military ties.

The seven Chinese universities referred to in the report are among the leading science and technology institutions in the country and have a long history of supporting the Chinese military, it said. They are known as the “Seven Sons of National Defense.”

The report found Chinese coauthors who have worked on projects for the various branches of the PLA, classified weapons development programs, as well as for major Chinese state-run defense companies.

In an apparent effort to mask their ties to the regime’s defense programs, some Chinese researchers used innocuous English labels such as “state key laboratory” instead of the Chinese term “national defense key laboratory” to describe their affiliations, the report found. In other instances, some Chinese coauthors didn’t list any curricula vitae on their faculty webpages, it added.

The report also found that researchers from several national laboratories of the Department of Energy published papers with counterparts from six of the seven Chinese defense universities. Some Chinese students from those universities filed dissertations that claimed to have been supported by the National Health Institute and the U.S. National Science Foundation, it said.

“Our findings stand as monuments to a colossal failure of vision that has prevented the U.S. research enterprise from appreciating the risks that such collaborations posed and from adopting appropriate safeguards of its own accord,” the report said. “Too little has changed in that regard, and many of the same vulnerabilities persist.”