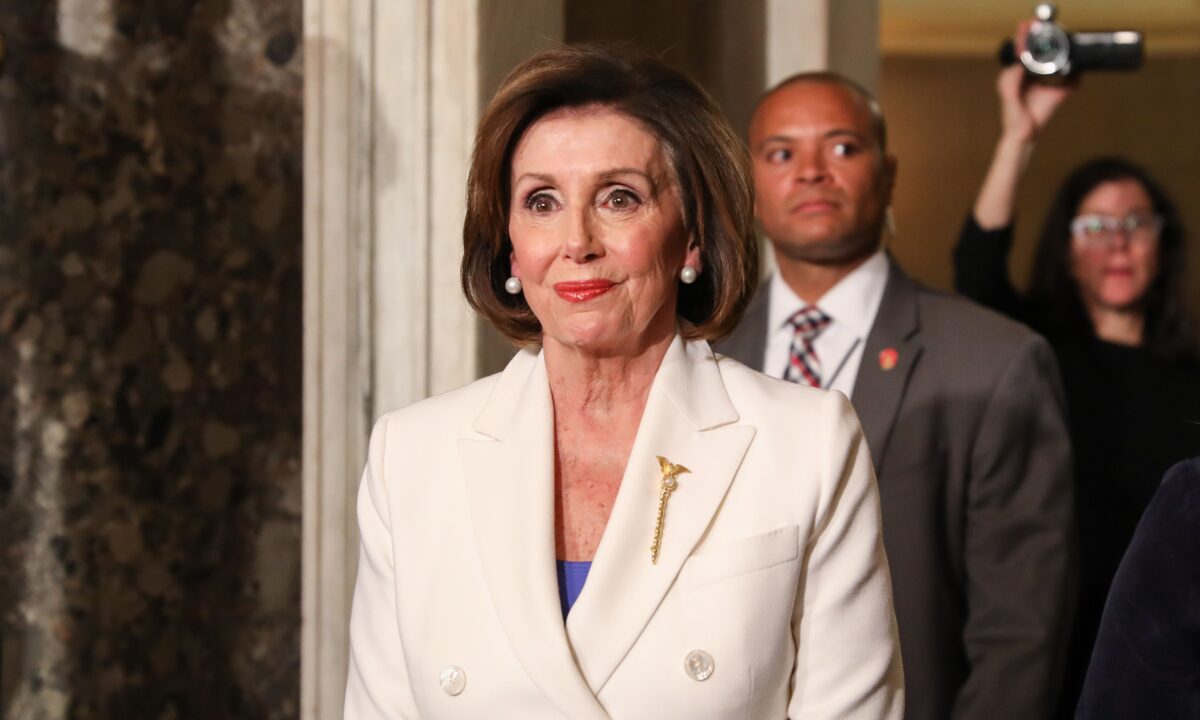 House Speaker Nancy Pelosi (D-Calif.) again called for the passage of the $600 expanded federal unemployment insurance while saying that the COVID-19 pandemic needs to first subside to again open the U.S. economy.

“We have been for the $600, [Republicans] have a $200 proposal, which does not meet the needs of America’s working families,” she said on ABC News’ “This Week” on Sunday. “The idea that they made a proposal is really not actually factual,” she added.

The expanded benefits expired on July 31 and Republicans, in their HEALS Act, proposed a $200 per week extension, arguing that the increased benefits has created an incentive for people not to return back to work. Democrats, in their HEROES Act, have sought to push the benefits until January 2021.

Last week, GOP leaders floated a plan to temporarily extend the benefits in order to keep negotiations going between Democrats and Republicans.

Over the weekend, Pelosi and Senate Minority Leader Chuck Schumer (D-N.Y.) met with Trump administration officials, who declared that progress was made on the talks. Pelosi and Schumer also said the talks were productive.

But Pelosi said that to reopen the economy, which has been devastated by the pandemic, and schools, the spread of the CCP (Chinese Communist Party) virus needs to be curbed.

“We have to get rid of this virus so that we can open our economy and safely open our schools and to do so in a way that does not give any cut in benefits to America’s workers,” Pelosi said, while still noting that they clashed over reducing assistance. “When you … reduce the spread, you can open up the schools, when you reduce the rate of infection in a community,” Pelosi added. “But until you do that, you have to be very careful.”

On Saturday, Treasury Secretary Steven Mnuchin and White House Chief of Staff Mark Meadows told reporters that their talks were productive but the sides are at an impasse. “We’re still a long ways apart and I don’t want to suggest that … that a deal is imminent, because it is not,” he stressed.

“I think it was the most constructive meeting we’ve had,” Mnuchin told reporters, adding that, “there’s still a lot of open issues.”

Meadows agreed to extend enhanced unemployment insurance in some form and helping the labor market reopen.

Schumer, meanwhile, said that of a major relief initiative, “We need to meet those needs in a very very serious way, and just saying, ‘we’ll do halfway’ doesn’t work when people need homes and need jobs and need housing and need help.”

Tom Ozimek contributed to this report.