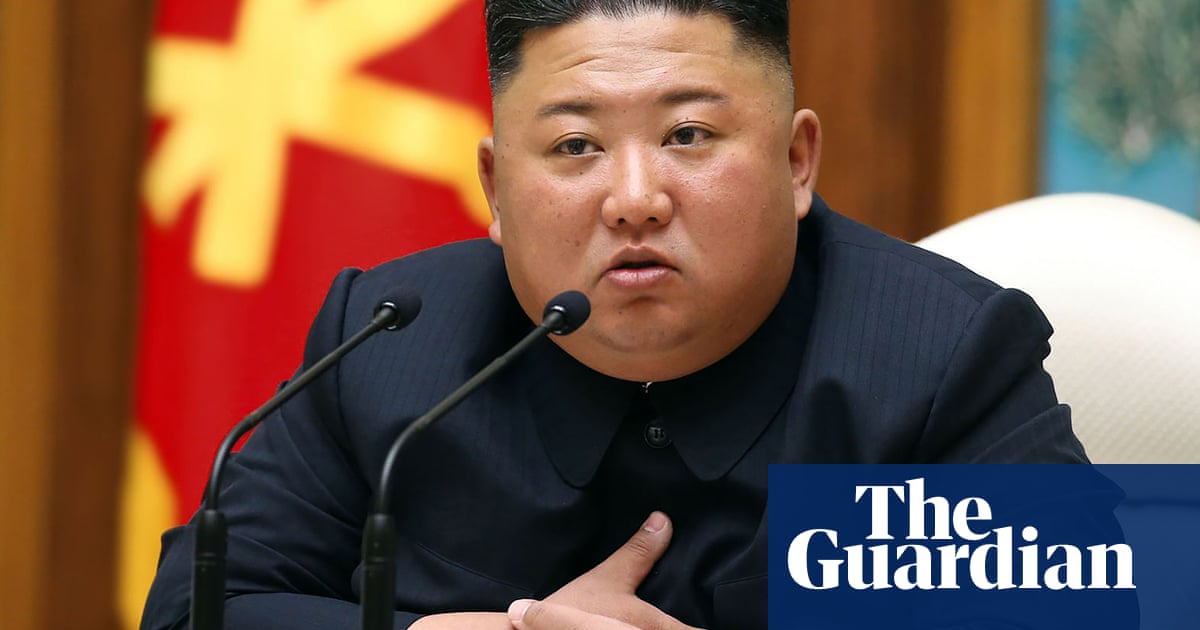 North Korea’s leader, Kim Jong-un, has apologised for the “unexpected” and “unfortunate” killing of a South Korean official this week after he drifted across the countries’ maritime border, possibly in an attempt to defect.

In a message to the South Korean president, Moon Jae-in, Kim said he was “very sorry”, adding that the incident, which has raised tensions between the two countries, “should not have happened”, according to media reports.

The message said the official had been shot as part of measures to prevent people from bringing the coronavirus into the country, the South’s national security director, Suh Hoon, said in a briefing on Friday.

Kim reportedly apologised for having “disappointed” Moon, adding that he hoped the incident would not harm inter-Korean ties, which deteriorated in the summer over propaganda leafleting campaigns by North Korean defectors living in the South. It is highly unusual for a North Korean leader to publicly apologise on any issue to his South Korean counterpart.

His apology could be intended to lower tensions between the two Koreas after Seoul this week condemned the official’s death as an “atrocity” and demanded that those responsible be punished.

The North’s explanation contradicted claims made by South Korea’s defence ministry on Thursday that the official’s corpse had been burned.

According to North Korea’s account, troops on a patrol boat near the maritime border initially fired blanks at the man, who has not been named, after he failed to explain why he was in North Korean waters. When he attempted to flee, they fired more than 10 live rounds.

It added that the troops had set light to “material” the man had been using to stay afloat in line with anti-coronavirus measures, but had not burned the victim, claiming he had disappeared in the water.

Earlier, a South Korean military official claimed the soldiers had questioned the man, who was wearing a life jacket, for several hours while he was still in the water. The soldiers were wearing gas masks and protective clothing, the official added.

The 47-year-old official at the oceans and fisheries ministry went missing from a government vessel on Monday while investigating claims of unauthorised fishing near Yeonpyeong island, located just south of the de-facto maritime border.

Some experts were skeptical of claims that the man had been trying to defect. While more than 30,000 North Koreans have fled to South Korea in the past two decades, defections from South to North are rare.

“A public servant defecting to North Korea? I think it sounds a bit strange as he has stable job security,” said Choi Kang, vice-president of the Asan Institute for Policy Studies in Seoul. “Why did North Korea shoot a man defecting to the North voluntarily?”

The killing is the first of a South Korean citizen in the North since 2008, when North Korean soldiers shot a female tourist they claimed had wandered into a restricted zone during a trip to the Mount Kumgang resort.

North Korea has imposed strict measures to deter people from entering the country illegally, fearing they could spread the coronavirus. The North insists it has not recorded a single case of the virus since the outbreak began in neighbouring China.

Pyongyang closed its border with China in January to try to prevent contamination, and in July state media said it had raised its state of emergency to the maximum level.

In July, a man who had defected to South Korea three years ago triggered a coronavirus scare when he crossed back over the heavily armed border into North Korea.

Earlier this month, the US Forces Korea commander, Robert Abrams, said North Korean authorities issued shoot-to-kill orders to prevent the coronavirus entering the country from China, creating a “buffer zone” in the border with special forces soldiers ready to kill.

The scene of this week’s shooting, in the Yellow Sea west of the Korean peninsula, has been an occasional source of tension between the countries, who are still technically at war after the 1950-53 Korean war ended in an armistice but not a peace treaty.

In November 2010, the North shelled Yeonpyeong island, killing four people and prompting retaliation by the South in one of the worst clashes since the end of the Korean war.

Earlier that year, 46 South Korean sailors died when their ship, the Cheonan, was struck by a North Korean torpedo off the coast of nearby Baengyeong island. The North, however, denied attacking the vessel.