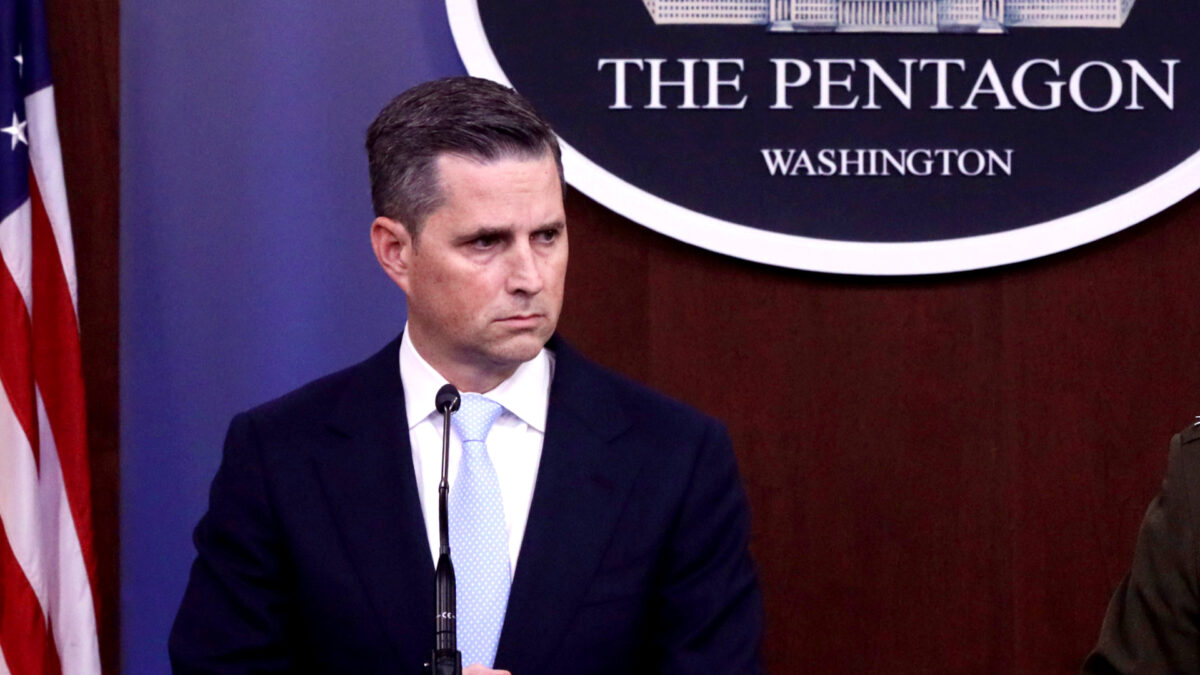 The majority of Defense Department schools that educate the children of the U.S. military are moving ahead with plans to return with in-class instruction later this month amid the ongoing Chinese Communist Party (CCP) virus pandemic.

More than 110 intend to return children to the classroom but 43 on bases where the highest level of restrictions have been imposed due to the outbreak plan to start the new school year teaching virtually.

“We believe it’s important to make sure that the kids are being educated. And so we’re taking those steps to make the schools open and make it safe,” chief Pentagon spokesman Jonathan Hoffman told reporters Thursday.

“We have always believed that instruction in the classroom is the optimal learning environment for most of our military-connected students,” the Department of Defense Education Activity director Tom Brady wrote in a statement earlier this month.

“Restoring teaching and learning to the familiar environments of our classrooms, provides students with stability and continuity,” he added.

Of the 15 biggest school districts in the country, only one is offering schools the option of in-person instruction, 10 of them have opted to begin the school year with online learning only and three are planning a hybrid approach.

There are 159 Defense Department schools located on U.S. military installations around the world, including on bases that are situated in areas that have seen major spikes of CCP virus cases, including Florida, Texas, and Georgia.

While Defense Department schools will not automatically follow local civilian school districts to determine whether they will resume in person learning, they will follow guidance from the military installations on which they are located.

U.S. military bases around the world have adopted CCP virus prevention measures to curb the pandemic’s spread, adopting health protection condition levels based on the prevalence of the virus in their communities.

About 17,900 students attend the 43 schools that are located on installations that are in that more restrictive health protection status, meaning that those students will pursue their courses virtually.

Twenty-four of those schools are located in either the continental United States, Puerto Rico, or at the U.S. military installation at Guantanamo Bay, Cuba.

Schools such as those in Fort Bragg in North Carolina, Fort Benning in Georgia, and Fort Buchanan in Arizona will be solely carrying out virtual education.

But some 41,000 students who go to schools on bases at the lower less robust protection levels, which the military refers to as “Alpha” and “Bravo,” will resume in-person instruction in mid to late August.

Over half of the schools that fall into those two categories are located on American military bases in Europe but some 8,612 students will be attending school in person on bases that are located in the continental U.S., Puerto Rico, or Guantanamo Bay.

Schools that fall into that category and will see students return to in-person classes with protective measures include U.S. Marine bases at Camp Lejeune, North Carolina, and Quantico, Virginia, as well as West Point in New York.

The remaining schools are located in the “Pacific” region, which includes bases in Hawaii, Japan, and South Korea.

Schools located on “Bravo” facilities are instituting stricter measures to prevent the spread of the disease including spacing desks at least six feet apart, having students move classrooms as little as possible, and mandating mask use among staff and encouraging it among students.

“So if the facility is open for business as usual, then—then the schools will be, as well, but the goal of (the Department of Defense Education Activity) is to have in-person classes or make it available for having in-person classes and if not, to conduct virtual schooling,” Hoffman told reporters last week.

Hoffman reiterated that the decision to change the health protection levels on a base has been delegated to local commanders who take into account local conditions in the neighboring civilian community, including whether there’s been a downward trend in new cases over the last 14 days, whether there’s sufficient hospital bed space and medical care available, and whether U.S. military personnel are getting access to adequate health care.

Defense education officials say a virtual learning option will be made available for parents who do not want to send their children back to school.

“We understand that some families may have circumstances where they do not wish to or are unable to send their child back to the school setting. We will also provide a virtual platform for those students to continue learning remotely,” Brady said.

The CNN Wire contributed to this report