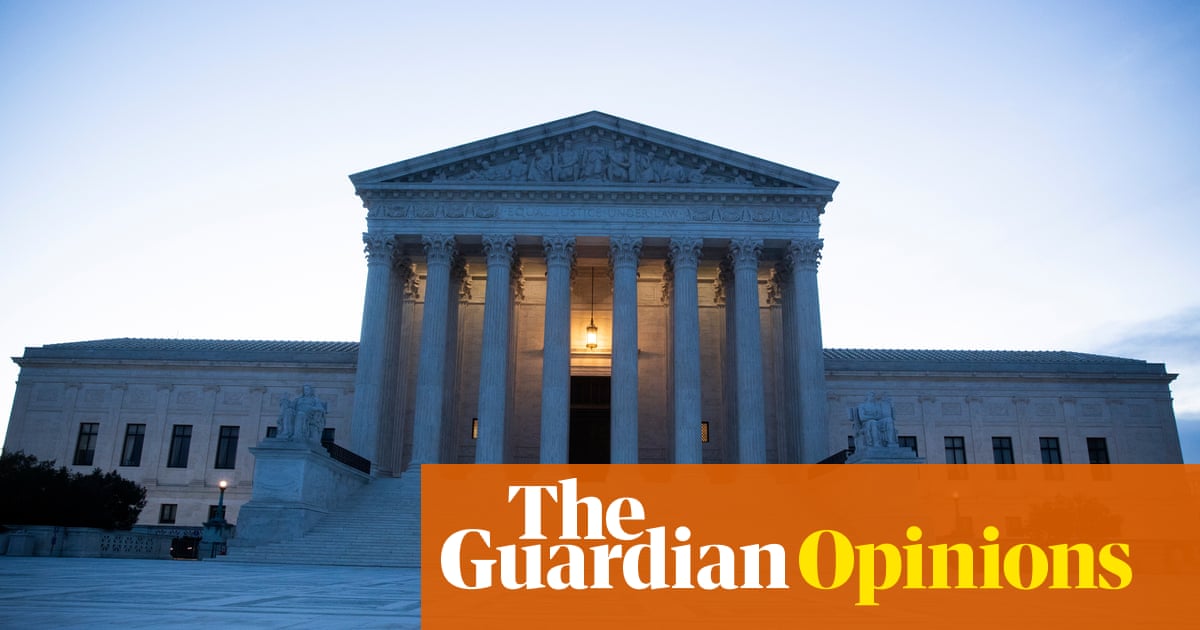 “My most fervent wish is that I will not be replaced until a new president is installed.” Such was the dying hope of Ruth Bader Ginsburg, a wish the Senate majority leader, Mitch McConnell, is determined to deny the late, great justice.

Recall: this is the same Mitch McConnell who, in the wake of Antonin Scalia’s death nine months before the 2016 election, solemnly announced: “The American people should have a voice in the selection of their next supreme court justice. Therefore, this vacancy should not be filled until we have a new president.”

Never mind that the “McConnell rule” lacked grounding in constitutional materials and historical practice. The constitution empowers the president to nominate justices and tasks the US Senate with confirming or rejecting them. In a 150-year span – from 1866 to 2016 – the Senate never once prevented a president from filling a US supreme court vacancy. But armed with a rule of his own invention and a Republican majority in the Senate, McConnell brazenly refused to so much as grant a hearing to Merrick Garland, Barack Obama’s eminently qualified nominee to fill the supreme court vacancy left by Scalia.

But no sooner had news of Ginsburg’s death broke than McConnell promised a Senate vote on Donald Trump’s replacement nominee – notwithstanding the fact that we are but six weeks removed from a presidential election and early voting has already started in some places. It turns out that the McConnell rule had a serious catch – it only applies when different parties control the Senate and the White House. And so the McConnell non-rule can be stated crisply: Republican incumbents in election years get to fill supreme court vacancies, but not Democrats.

To accuse McConnell of breathtaking hypocrisy is to waste our breath. The charge sticks only if the hypocrite feels a tug of conscience for failing to follow their pronounced principles. In McConnell’s case, one senses nothing but a cynical, chuckling pride in applying and abandoning made-up rules to justify whatever result he wants.

And chuckle he should. McConnell’s cynical distortion of the Senate’s role in judicial confirmations has served his party well. In 2017, McConnell used the so-called “nuclear option” to end debate on Neil Gorsuch’s nomination to the supreme court. (Gorsuch was Trump’s pick to fill the vacancy that Obama had chosen Garland to fill.) McConnell insisted this was simply payback for Harry Reid’s use of the same option, in 2013, to remove obstacles to Obama’s lower federal court appointments.

But McConnell’s tit-for-tat argument obscured how he and his fellow Senate Republicans had weaponized the use of the filibuster during Obama’s presidency. From the time that cloture rules were introduced into the Senate in 1917 until the end of Ronald Reagan’s presidency, the filibuster was deployed 385 times. During Obama’s presidency, Senate Republicans launched over 500 filibusters, many of them to block Obama’s appointments to the federal bench. Reid’s use of the nuclear option was something of a desperate response to Republican obstructionism – or, more precisely, nullification. When it came to shutting down a Democratic filibuster of Gorsuch’s confirmation, McConnell then used the very poisoned conditions that he had helped create to justify a yet more extreme act of partisanship.

True, it isn’t a foregone conclusion that McConnell will be successful in his rush to replace Justice Ginsburg. The vetting and confirmation process can take weeks, even months. At present, McConnell presides over 53 Republican seats, and certain defections are possible, if not likely. Senator Susan Collins, a Maine Republican trailing in her re-election bid, has expressed reservations about a rushed, last-minute confirmation. Senator Lisa Murkowski of Alaska has already gone on record as opposing the confirmation of a new justice before the election.

Yet the deeper question is not whether McConnell will be successful. It is how Democrats should respond if he is. The answer, of course, will turn on the results of the coming election. But should Democrats capture the White House and the Senate, they need to bear in mind that it is Congress and not the Constitution that sets the size of the supreme court. In 1937, Franklin Roosevelt, frustrated by a hidebound supreme court that had struck down New Deal laws, proposed expanding the number of justices to fifteen. That court-packing plan was rightly rejected by Congress as a heavy-handed attempt to manipulate the court’s composition to generate specific political outcomes.

A new Democratic court-packing plan in 2021 would be prompted by a very different logic. Adding two additional justices to court’s ranks would simply counterbalance the abuse of constitutional rules that enabled the confirmation of Gorsuch and RBG’s replacement. Such an act would be a justified gesture of constitutional restoration, not usurpation. So much for Mitch McConnell’s chuckling.