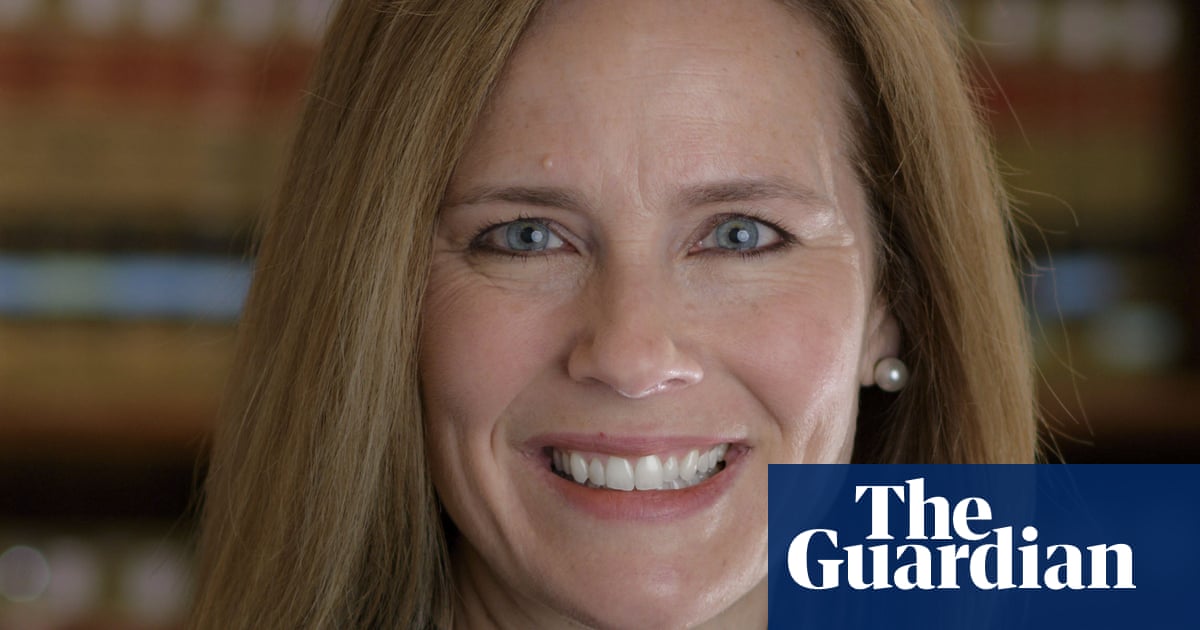 When Christine Baglow moved from New Orleans to South Bend, Indiana, two years ago, she found herself at a dinner party with a woman with a formidable resume: former supreme court clerk, professor at Notre Dame Law School, a judge on the US district court of appeals for the seventh circuit.

The woman was Amy Coney Barrett, and she and Baglow had mutual friends.

The judge came across as “tremendously friendly”, Baglow said. “I found her a very gracious and very thoughtful person. Very kind and authentic.

“I probably had the least degrees or education of anyone at that table, but to be courteously listened to and have my opinion sought, particularly on things related to kids and teens, I thought was very nice.”

Baglow, 49, is director of youth ministry at St Joseph Catholic Church in South Bend, which Barrett and her family attend.

“Not everyone with her level of education responds that way to people and she definitely did,” Baglow said.

Now, as America absorbs news of the death of Ruth Bader Ginsburg, amid frenzied speculation over who will replace the liberal justice and when, Barrett’s name has come to the fore.

But the presidential election is on 3 November and early voting has started. In a bitterly divided country, Senate Republicans’ rush to fill the supreme court vacancy has become yet another lightning rod. On Sunday, the Democratic nominee, Joe Biden, called Trump’s plan to immediately fill Ginsburg’s seat an “abuse of power”.

Barrett has some experience of the storm. She was on Trump’s list of possible nominees in 2018, when he was considering who would replace Anthony Kennedy, a justice who retired. But the president had other plans for Barrett.

“I’m saving her for Ginsburg,” Trump said, according to an Axios report last year.

In Barrett, 48, conservatives see a young, strict constructionist who interprets the constitution through what she thinks its writers intended – a jurist in the mold of Antonin Scalia, the conservative justice (and close friend of Ginsburg), who died in February 2016 and for whom Barrett clerked.

That the devout Catholic mother of seven – she and her husband, Jesse M Barrett, have five biological children and adopted two from Haiti – is seen as a potential successor to Ginsburg has raised concerns among progressives. Many fear that if confirmed on the bench, Barrett would vote to overturn Roe v Wade, the 1973 ruling which safeguards the right to abortion.

Barrett opposes abortion. And she has already fielded questions about her faith and its role in how she views the law.

During a 2017 confirmation hearing, Senator Dianne Feinstein of California commented: “The dogma lives loudly in you.”

Some said the remark was discriminatory against Catholics. But some who know Barrett said the line of questioning went to the heart of what makes her a good candidate for the supreme court, as her responses showed a dispassionate temperament and calm demeanor.

“Some of the senators raised the question of whether her religious convictions might affect the way she interprets the law,” said a colleague, Notre Dame law professor Paolo G Carozza. “I just found it, to be honest, kind of laughable.

“Knowing her as well as I do and having seen the way she operates, the only way in which her religious convictions are going to affect what she does as a judge is that they give her the humility to say, ‘What I do is all about the law and all about interpreting the law and the basic values of upholding the rule of law and the legal system and nothing else.’”

As Barrett’s star has risen, the media and Democrats’ focus on her views on abortion has frustrated others in the Notre Dame community. Former student Alex Blair, now an attorney at the Chicago firm Segal McCambridge Singer & Mahoney, referred the Guardian to a comment he gave to the South Bend Tribune.

“It’s been disorienting to see the smartest person I know reduced to how she might vote on one issue when she is so much more than that,” he said in 2018.

Carozza remembers Barrett as a top law student when he came on to faculty at Notre Dame in 1996. He said he found such questioning from Senate Democrats unfair, in that Barrett does not write her religion into her opinions and is not one to proselytize.

“I don’t think it’s unfair to question someone who’s a judicial appointee about their religious beliefs,” he said. “If someone says, ‘I’m going to interpret the law according to what the Qur’an says or what the Bible says,’ that’s something that in our republic we wouldn’t want.

“What makes it unfair in her case is that it was asserted on solely on the basis of knowing that she is a religious person, rather than any evidence in the things that she’s written or in the way that she behaved that might interfere with the administration of the law.”