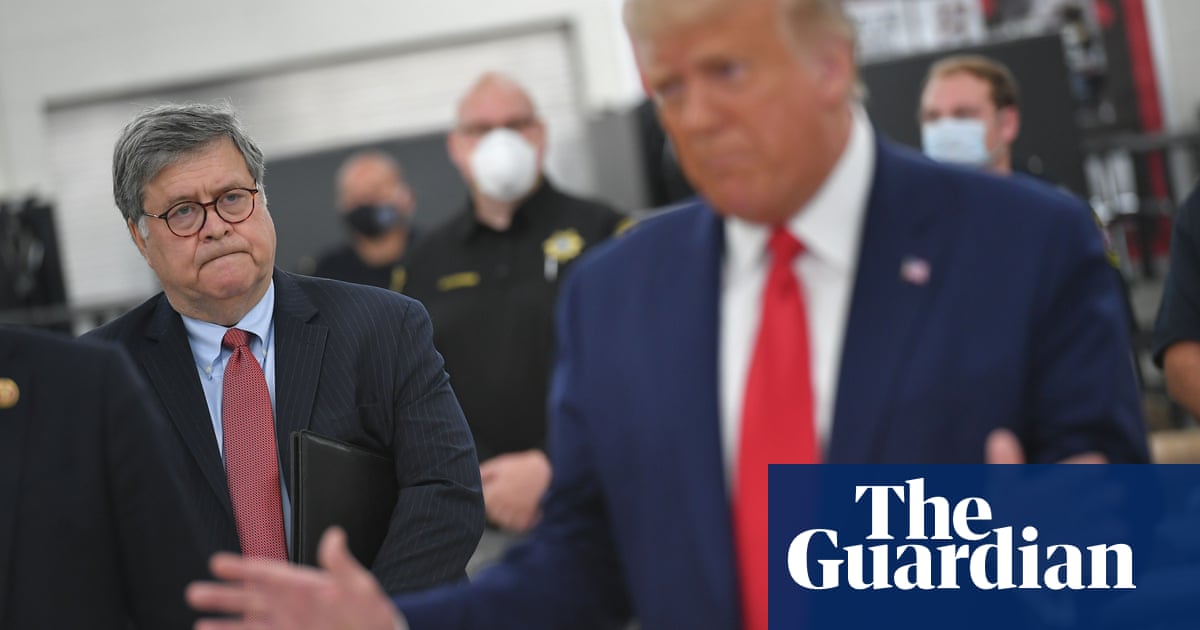 The US Department of Justice on Monday designated three cities as “anarchist jurisdictions”, where it says elected officials have allowed property destruction and violence during protests over racism and police brutality.

The move is an explicitly political gambit, part of the Trump administration’s “law and order” re-election push. In seeking to withdraw federal funding from the three cities, the DoJ is likely to be stymied in the courts.

Earlier in September, Donald Trump released a memo asking the DoJ to identify cities supposedly “permitting anarchy, violence, and destruction”, and to publish names on its website within two weeks.

In a press release, the department said New York cut $1bn from its police budget, and Portland and Seattle allowed prolonged protests to occur.

Officials in the cities have “permitted violence and the destruction of property to persist and refused to undertake reasonable measures to counteract these criminal activities”, the DoJ said.

In a statement, attorney general William Barr added: “We cannot allow federal tax dollars to be wasted when the safety of the citizenry hangs in the balance.”

When the Trump memo was published, a former senior official from Barack Obama’s Office of Management and Budget told the Washington Post it was “a campaign document coming out of the White House” that will “almost certainly be struck down” in court.

Andrew Cuomo, the governor of New York, said Trump was “not a king. He cannot ‘defund’ NYC. It’s an illegal stunt.”

Monday’s announcement was the latest administration attempt to emphasize the president’s “law and order” message, which Trump is pursuing even as thousands continue to die of Covid-19, a toll set to reach 200,000 in the next day.

The strategy was unofficially declared in June, as protests erupted across the US in response to the police killing of George Floyd in Minneapolis.

In one incident, federal authorities deployed teargas to disperse peaceful protesters near the White House in Washington, so Trump could stage a photo op at a nearby church. Trump also sent federal agents to cities including Portland, where clashes with protesters attracted huge controversy.

Trump has attempted to convince voters the protests are unruly and violent, when in fact the vast majority are peaceful. Acting on the president’s wishes, Barr has sought to crack down on individuals arrested at protests, going so far as to instruct federal prosecutors to consider bringing rarely used sedition charges.

The administration also wants voters to see crime as a serious threat. It is unclear if that is working. In a Pew Research poll published in August, 59% of voters said violent crime was a “very important” issue, but it was fifth behind other issues including the economy, healthcare and the coronavirus.