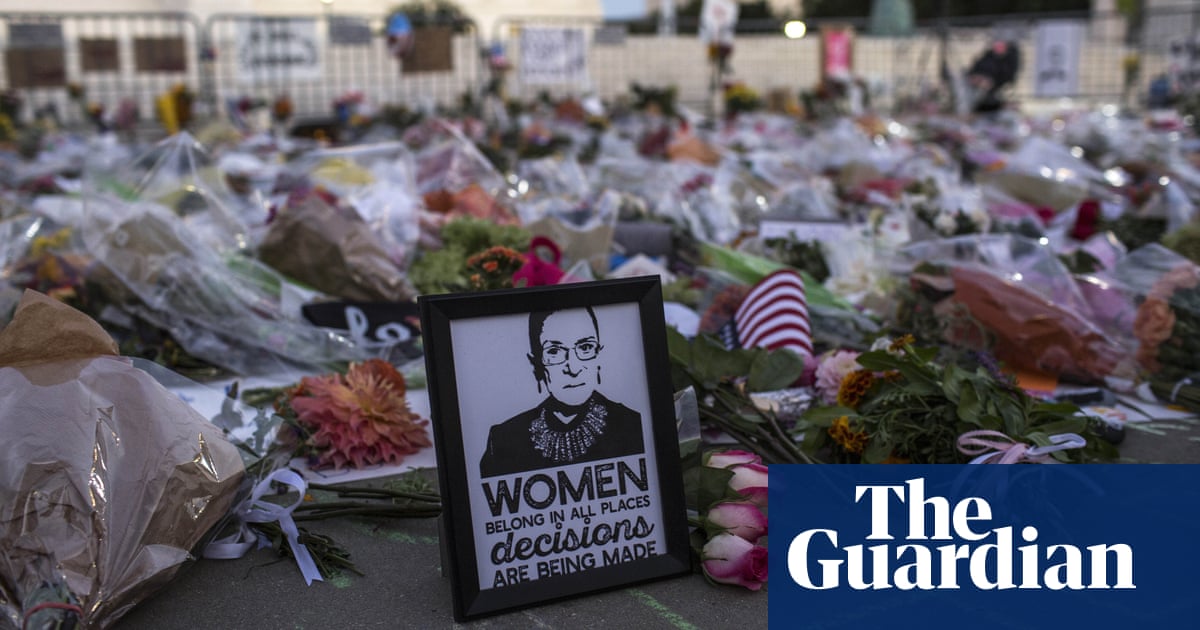 As Democrats and Republicans braced for a supreme court nomination fight that has upended the November presidential election, Democratic donors smashed fundraising records, funneling more than $90m to candidates and progressive groups after the death on Friday of Ruth Bader Ginsburg.

As Senate Republicans prepared to push through Ginsburg’s replacement, politicians on both sides of the divide, from the presidential candidates to senators running for re-election, House candidates and more, used the situation to appeal to supporters for funds.

One Republican senator, Joni Ernst of Iowa, apologised for a fundraising email that was sent out shortly after Ginsburg’s death was announced.

On the other side of the aisle, the online fundraising organization ActBlue said grassroots donors gave $91.4m to Democratic candidates and causes in 28 hours after 8pm on Friday, around the time of the news of Ginsburg’s death.

If Donald Trump is able to install a conservative replacement for the liberal Ginsburg, the move would cement a 6-3 conservative majority on the court. Democrats will seek to defeat the nomination, over which two Republican senators have already said no vote should be held until after the election.

Much of the Democratic money will be poured into key Senate races, as the party seeks to retake the chamber, and also to pressure vulnerable Republican incumbents into opposing the move to install a new justice before the election.

“BREAKING: the future of the supreme court is on the line,” said a fundraising email from Republican senator Ernst’s Iowa campaign, shortly after the justice’s death was announced. Ernst is in a close race.

“Our conservative values and constitutional rights are now on the line,” the email said. “The next supreme court nominee will shape major decisions for decades to come.”

“This email never should have gone out,” she said in a statement. “Though I never saw it, it was sent out under my name and I take responsibility for it. Tonight, my prayers are with the family of Justice Ginsburg.”

On Saturday, Trump’s campaign also texted out a fundraising solicitation.

One group of Democratic strategists is raising money through an effort called “Get Mitch or Die Trying”, named for Senate majority leader Mitch McConnell, the man who will steer the nomination process.

The effort, which shares donations among Democratic Senate contenders, reported that within hours of Ginsburg’s death it more than doubled what it had previously raised.

“In tribute to the extraordinary life of Justice Ginsberg, I’m matching donations to this fund up to $10,000 tonight,” tweeted Grey’s Anatomy showrunner Krista Vernoff.

Senator Brian Schatz of Hawaii included a link to the fundraising effort in a tweet: “Don’t pick your favorite candidate or the one you’ve heard of. Give here. I repeat, this money goes directly to the most competitive races, not just the most famous candidates.”

“In this moment it is vital to give to Senate candidates,” read a fundraising page called “Protect RBG’s Legacy”.

“Time to apply maximum pressure so that they do the right thing and refuse to vote to confirm before the 2020 election.”

A representative for ActBlue did not respond to a request for comment. A spokesman for WinRed, Republican’s ActBlue counterpart, also did not respond.