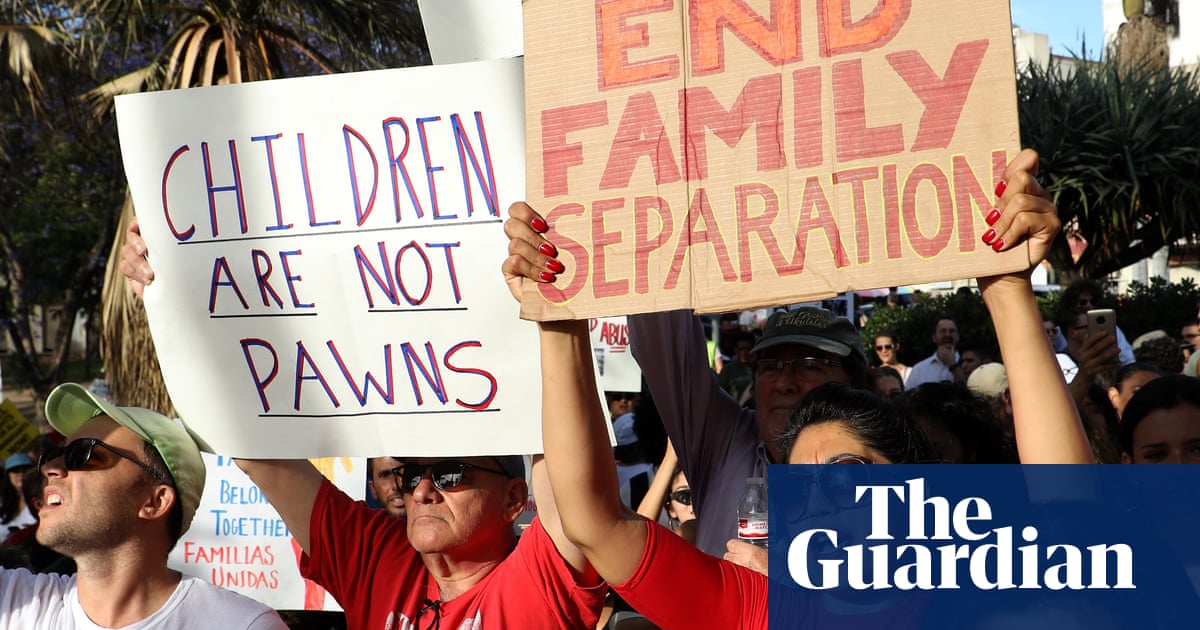 Immigrant rights groups are calling on New York senators to oppose the judicial nomination of a top Department of Justice official because of her role in the Trump administration’s child separation policy.

A letter to the senators signed by Families Belong Together (FBT), a campaigning group that opposes the Trump administration’s separation policies, said Iris Lan’s “involvement in and facilitation of” the administration’s policy made her unfit to serve on a lifetime seat as a federal judge in the southern district of New York.

Senate rules require district court judges to be informally approved by the state’s two home senators in order to proceed with their confirmation, in a secretive process that is known as giving judicial nominees a “blue slip”.

If Lan’s nomination were to be blocked by the two senators – Chuck Schumer and Kirsten Gillibrand – it would mark the first time that a longtime career official who had knowledge of and involvement in the Trump administration’s separation policy would be blocked from career advancement.

The letter from Families Belong Together follows a report in the Guardian that described how Lan, who serves as an associate deputy attorney general, had played a role in the 2017 removal of a junior prosecutor in Texas after he had raised concerns with his superiors about migrant children who were going missing after their parents had been arrested for allegedly entering the US illegally.

The Guardian also reported that Lan was present on a 2018 conference call in which her then boss, the now former deputy attorney general Rod Rosenstein, instructed US attorneys in border states that there would be no exception to a “zero tolerance” policy to arrest all migrants who entered the US illegally, including families with children under the age of five.

In effect, the instruction meant that no child was too young to be separated from their parents.

“The family separation policy has led to profound emotional and psychological harm to these children, as well as lasting damage to the human rights leadership of the United States on the global stage,” the letter said. “Ms Lan’s involvement in and facilitation of the policy demonstrates her lack of fitness for the bench, and we urge you to oppose her confirmation.”

The letter was also signed by Demand Justice, a progressive advocacy group that campaigns against “extreme” judicial nominees.

Neither Schumer nor Gillibrand’s office responded to a request for comment.

The activist opposition Lan is facing raises questions about hurdles other longtime career officials may face when they are asked about the role they played in implementing the Trump administration’s most controversial – and sometimes illegal – public policies.

The Department of Justice has said it never espoused a “child separation policy”. It has also said that Lan did not have a role in making policy in her role as a career official.

But the department’s 2018 decision to implement a “zero tolerance” policy did, according to other former senior Trump administration officials, force the Department of Homeland Security and other agencies to execute mass arrests of migrants who were then criminally prosecuted by US attorneys in border states for committing misdemeanor border crossing violations.

Asked about whether it was fair to target a career official who was not personally responsible for the administration’s policy, FBT director Paola Luisi, said she believed that focusing on Lan’s reputation for being “apolitical” was a “cop-out”.

“I don’t need to go to Harvard Law to understand that you shouldn’t rip a child out of a parents arms, and I don’t need to say that I’m ‘apolitical’ to take a stand. Across the board we’re seeing heroes standing up, who have the backbone to stand up to this sort of thing,” Luisi said.

“It is frankly pathetic to hide behind words like ‘I was just doing my job’. This goes beyond that. It is basic human dignity and compassion,” she added.

It took, she said “a whole bureaucracy” to enact the Trump administration policies that have come under fire.

Lan was nominated to serve on the court, one of the most prestigious judicial postings in the US, in December 2019 and was then renominated in May 2020.

The DoJ did not respond to a request for comment.