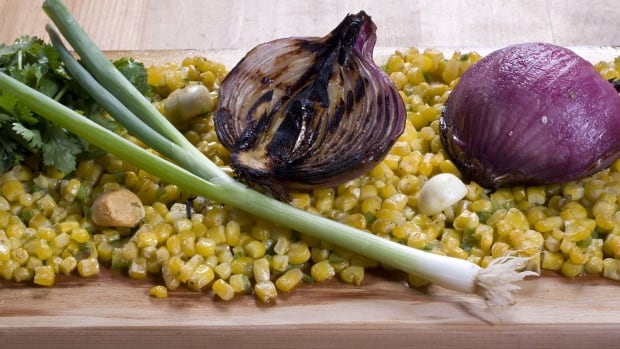 U.S. federal health officials say an outbreak of salmonella infecting nearly 400 people in more than 30 states has been linked to red onions, and they identified a California company as the likely source.

The Food and Drug Administration said in a statement on Friday that Thomson International Inc. of Bakersfield, Calif., has notified the food agency that it will be recalling all varieties of onions that could have come in contact with potentially contaminated red onions because of the risk of cross-contamination.

This recall would include red, white, yellow, and sweet onions from Thomson International, the agency said.

The U.S. Centers for Disease Control and Prevention said salmonella newport has sickened 396 people and landed nearly 60 in the hospital. There have been no deaths linked to the outbreak, which was first identified July 10 and has since grown. The agency says the illnesses began between mid-June and mid-July.

The Public Health Agency of Canada is also investigating an outbreak of salmonella newport illnesses with a genetic fingerprint closely related to the U.S. outbreak, the agency said Thursday.

According to an agency release, there have been 55 additional cases of the bacterial infection in Canada since the outbreak was first announced, for a total of 114 cases across five provinces between mid-June and mid-July.

Sixteen people have been hospitalized. No one has died.

People in British Columbia, Alberta, Saskatchewan, Manitoba and Ontario are being asked not to eat any red onions imported to Canada from the U.S., including food products containing red onions, until more is known about the outbreak.

A breakdown of cases shows 43 have been reported in B.C., 55 in Alberta, 13 in Manitoba, two in Ontario and one in P.E.I. involving someone who reported falling ill after travelling to Alberta.

Federal officials say Saskatchewan is investigating some salmonella newport illnesses but has not confirmed that they’re related to this outbreak.