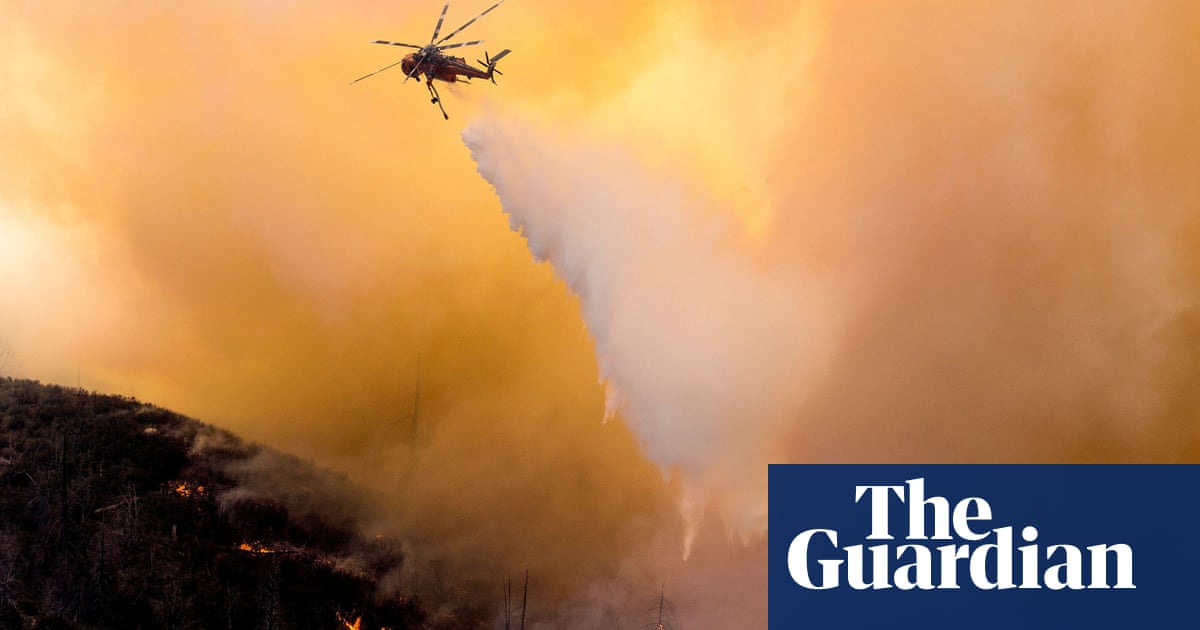 Federal investigators are looking into whether a huge wildfire burning in the mountains near Los Angeles was sparked by Southern California Edison utility equipment, according to the company.

Edison has turned over a section of an overhead conductor from its transmission facility in the area where the Bobcat fire started more than two weeks ago, a company spokesman, David Song, said on Wednesday.

In an incident report filed with the state Public Utilities Commission last week, Edison said its nearby equipment had experienced an issue five minutes before the initial report of the fire on 6 September.

A circuit at a nearby substation experienced a “relay operation”, indicating its equipment detected some kind of disturbance or event, Song said.

However, cameras captured smoke developing in the area before the activity on Edison’s circuit, he said.

Firefighters on Wednesday finally started to tame the enormous wildfire in the San Gabriel Mountains. They took advantage of two days of calmer weather to make progress before hot, dry winds are expected to return in a few days.

The fire, one of the largest in Los Angeles county history, was 38% contained on Wednesday. The blaze has destroyed at least 27 homes and buildings, and thousands of residents remain under evacuation orders and warnings.

Meanwhile, a major fire in California’s north, the CZU Lightning Complex in San Mateo and Santa Cruz counties, was 100% contained, the California Department of Forestry and Fire Protection, or Cal Fire, said Tuesday evening. The fire was ignited during a barrage of lightning on 16 August and the cluster of blazes went on to destroy 925 homes and kill one person.

Firefighters have also controlled several other lightning-sparked wildfires burning for more than a month in northern California.

The Bobcat fire started on 6 September, and quickly grew with the help of erratic winds. Officials said on Tuesday that the fire was able to spread so quickly in part because of a lack of firefighting resources.

Only about 100 firefighters were initially dispatched when the fire broke out and swiftly grew to about 200 acres (81 hectares), the Angeles national forest spokesman Andrew Mitchell said on Tuesday.

“To put that into perspective, normally for a fire that size we’d have at least double or triple that number of firefighters,” Mitchell said. At the time, many southern California ground crews and a fleet of retardant- and water-dropping aircraft were assigned to multiple record-breaking blazes in the northern part of the state.

By the time staffing was ramped up, flames had found their way deep into inaccessible forest. Embers floated across mountain ridges, igniting towering trees and creating an expanding wall of fire.

The fire is one of dozens of major wildfires raging across the west, including five in California that are among the largest in state history. Twenty-six people have been killed.

Numerous studies in recent years have linked bigger US wildfires to global warming from the burning of coal, oil and gas, especially because the climate crisis has made California much drier. A drier California means plants are more flammable.